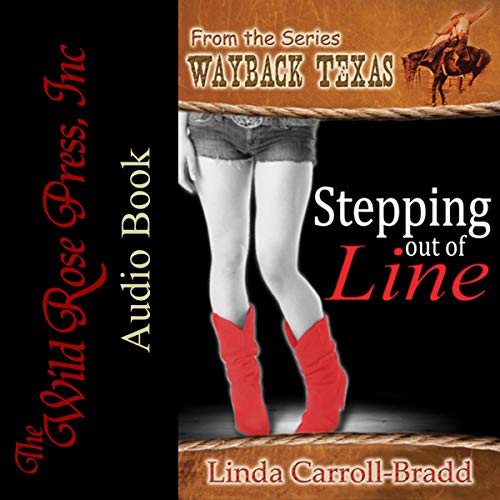 Stepping out of Line

Two years ago Roxie Starr left behind her life as a Vegas showgirl and came home to Wayback, Texas to open a styling salon. She claims she’s there to help with her younger sister, but the truth is age was catching up to her body and the time had come to step out of the chorus line.

Fighting against a nagging injury, Dev Laredo is determined to finish one last rodeo. He won’t return to his Oklahoma ranch until he’s won enough to cover his brother’s college tuition. The sight of a sassy redhead sparks his interest, but her tender ministrations to his injury touch his lonely heart.

Can two bruised souls put aside their differences and give love a fighting chance?

What listeners say about Stepping out of Line