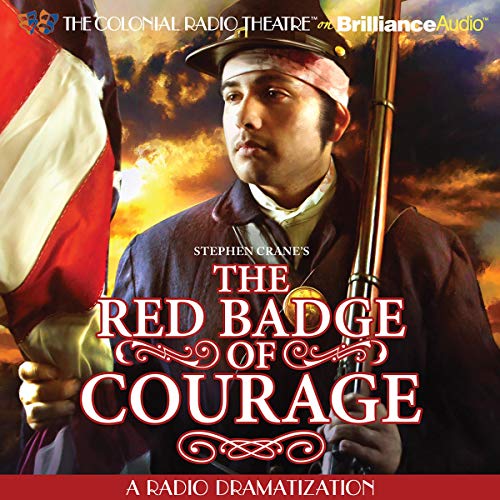 Henry Fleming had no idea how horrible war really was. Attacks come from all sides, bullets fly, bombs crash. Men everywhere are wounded, bleeding, and dying. Now, Henry's fighting for his life and he's scared.He must make a decision, perhaps the most difficult decision he will ever make in his life: save himself, run from the enemy and desert his friends, or fight, be brave, and risk his life.

If he stays to fight, he may die with his regiment. If he runs, he'll have to live with knowing he was a coward. Can Henry find the strength within himself to earn his red badge of courage?

What listeners say about Stephen Crane's The Red Badge of Courage