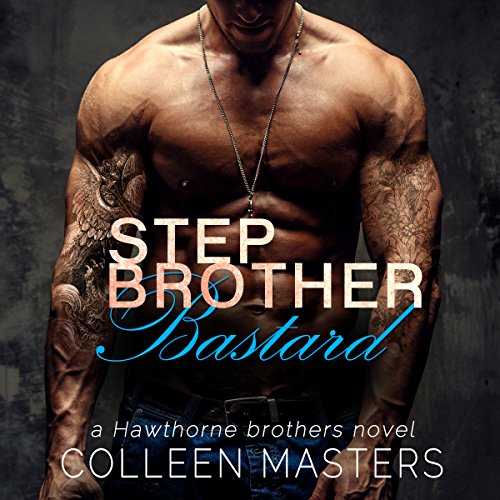 It started off as a dare...a harmless one-night-stand with a complete stranger. He was just another bad boy I met in a bar, a harmless fling to start my summer vacation. One unbelievable night of sex, and I'd never have to see him again. But the next morning as I pull up to the lake house my mom has rented for the summer, I get the feeling my world is about to crumble...it was just supposed to be us girls - me, my two sisters, and Mom...but we're not alone....

Apparently my mom's old high school sweetheart John owns the house, and he has three sons, all around the same age as me and my sisters. And they thought it would be a great idea to put us all together under the same roof for four weeks. We'll have to share bedroom walls, sit down for family dinners, and suffer through a million other forced, awkward, sexually confusing family activities I'm sure...and then I realize my mom's new boyfriend has a son a little older than me.

I see him barreling toward me on a four-wheeler, a lit cigarette between his lips, strangely familiar tattoos on his muscular forearms and chest. As he gets closer, I'm filled with dread as I begin to realize who he is...but he isn't slowing down. The f - king prick nearly runs into me. As he takes off his helmet, I'm instantly filled with horror and an undeniable twinge of excitement between my legs. It's him. The man who took me last night, used me every which way, stretched me more than any man I've ever been with before...and now he's ignoring me, acting like he's never seen me before in his life. I have a feeling it's going to be a fun summer.

This contemporary new adult stepbrother romance novel is the first book in the three book Hawthorne Brothers series. The ending is HFN. The book contains harsh language, sexual content, and adult situations that may offend some listeners.

What listeners say about Stepbrother Bastard

There was no editing done on this book. The narrator mispronounced words and read incredibly fast in some areas.

Do audio books go thru edit?

The narrator was horrible, but loved the story. Narrator read the story too fast and missed up on part of the recordings. Almost stopped listening because of narrator.

Not worth a credit!The story itself was ok. Short and quick. The quality of the audio book was the worst I have listened to. Sentences were repeated several times during the book. Sounded like the narrator was in a tunnel while reading. The narrator itself was distracting. She rushed the whole time.

wrong voice for that book. have read book before , thoughg I would listen to it. Bad idea. Just stopped, a voice has to mitch story, if not you just want to trash it.

Although the story is really a good one, whoever edited this book has no idea what the terrible job they did. There are so many many repeats that needed to be edited out that I found it hard to listen to.

Listen to the bad reviews!!

I could barely focus because there were so many errors in narration. I have to wonder if anyone had even edited this at all. The narrator read really fast, she stumbled over words and repeated things so many times. Unfortunately, it was so distracting that I could barely get into the story.

what happened to the editor

I can't believe audible released this for purchase, I could have recorded myself reading better than this.

are you kidding me ? I just started the book. I don't even want to finish it. I never had a bad experience with the narration before, I should have read the reviews. it was a waste of a credit. I'm so mad for Audible to even have this up. I definitely will be looking out for her name before I get another book from her.

What disappointed you about Stepbrother Bastard?

Audible Friends.... believe the reviews on the narration quality of this book.
Not sure how this one passed Audible's quality test.
You will be disappointed if you use a credit : (

Would you be willing to try another one of Eli Walker’s performances?

If you could play editor, what scene or scenes would you have cut from Stepbrother Bastard?