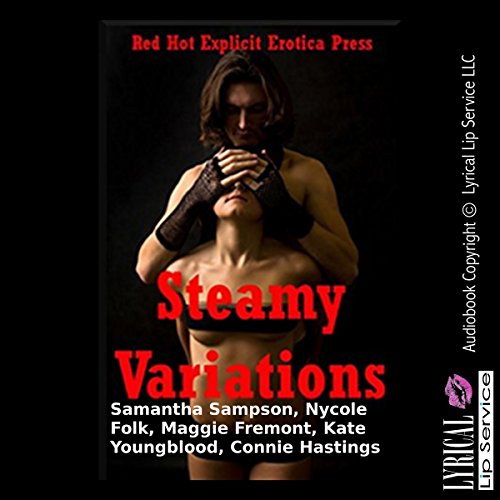 Here are five high heat stories you're sure to love. With rough sex, group sex, and more; the scenarios are explicit and exciting. So download now, and enjoy the sexy fun!

Maddie and Julie are best friends, and they've been more than just a little open about the way they really want their husbands to unwind. So, when the annual joint vacation comes up, they decide they're going to do something about it. They leave the campsite for the lake in bikinis, but by the time their men show up, they don't have a stich of clothing on.

What listeners say about Steamy Variations