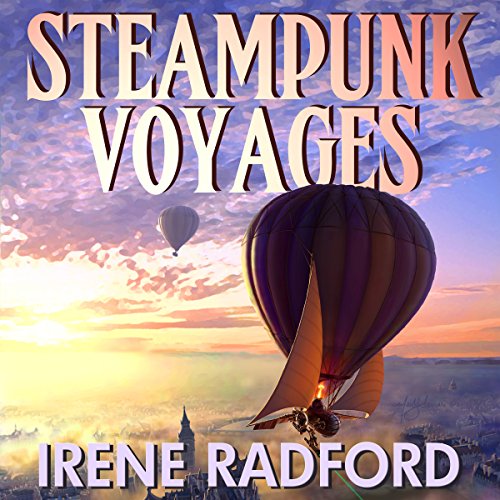 Steampunk's big, brassy, powerful, and sweaty way of looking at the world sideways inspires six stories of the Victorian age of wonder.

Irene Radford offers new and old stories that reach from a weapon of mass destruction that could change the outcome of the U.S. Civil War, the truth behind why the ballet Giselle disappeared for nearly fifty years, pirates in Indonesia questioning whether we should control technology or be controlled by it, to a glimpse of Princess Victoria coming of age as secret operatives try to protect her from madmen acting in the name of long dead Lord Byron.

Adding to the fun Steampunk Journeys includes a sneak peek at an upcoming novel in the world of dirigibles, necromancy, a steam powered book catalog, and hints of romance.

What listeners say about Steampunk Voyages