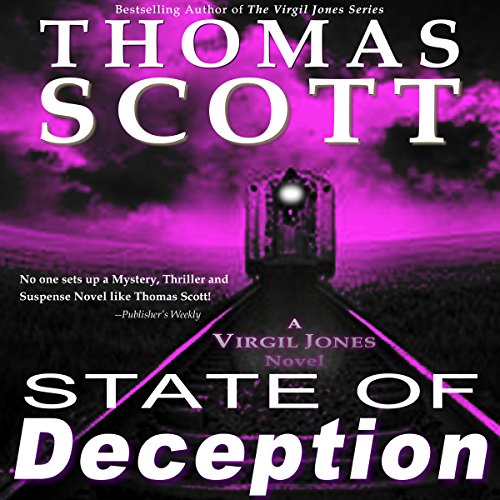 Virgil Jones is about to learn a lesson the hard way. When the ground beneath your feet begins to shift, it's not the future you have to worry about. It's the past.

Publishers Weekly says no one sets up a mystery, thriller, and suspense novel like Thomas Scott!

A young female student has gone missing from Indiana University in Bloomington, Indiana. Patty Doyle is a senior with her whole life ahead of her. In the middle of wrapping up her final semester, she disappears without a trace, and what begins as a missing person's case turns into something much more, not just for Patty, but for Virgil as well....

Four months ago, Virgil's best friend and brother, Murton Wheeler, killed the man responsible for viciously attacking Virgil's wife, Sandy, and their unborn son, Wyatt. Just before Murton pulled the trigger, DHS agent Paul Gibson and the governor arrive with information for Murton. Information that could either change his life forever, or end it....

A group of home-grown terrorists have everything they need to build and detonate a dirty bomb right in the middle of the heartland. The Department of Homeland Security wants Murton to do something he thought he'd never have to do again...go deep undercover and infiltrate a criminal organization. But at what cost, and in the end, who will pay the tab?

Virgil thought the murder and mystery of Shelby County was right where it belonged...in his rear-view mirror. He couldn't have been more wrong.

State of Deception is Thomas Scott's most ambitious novel to date, one that takes his unique storytelling, character development, and real-life dialogue to a whole new level.

Now, it's time to face the deception.

What listeners say about State of Deception

This was so beautifully written, perfect pace and held me captive to the emotional end. Another brilliant story Mr. Scott! Mr. Dorse, you did an excellent job narrating this one too. Explosive (pardon the pun) duo! Looking forward to book 5, can barely wait. Highly recommend this book!

I have really enjoyed all 4 of the Virgil Jones books! Very suspenseful and well written! Hard to put the books down!