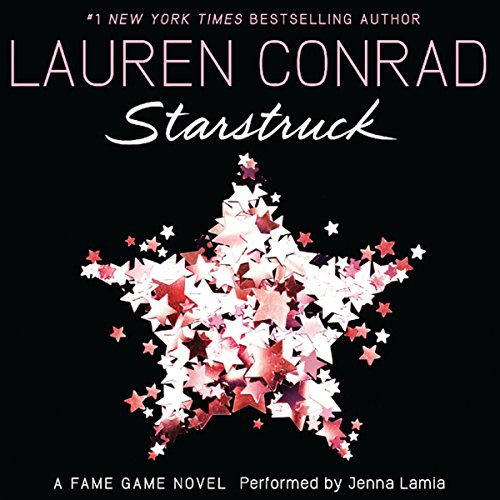 Are the stars of The Fame Game ready for their close-ups?

Madison Parker has discovered that not all publicity is good publicity. After turning herself in for stealing some bling, the reality star is stuck doing community service while her Fame Game castmates soak up all the screen time. Not that newcomer Kate Hayes needs more attention - ever since her breakout song became an overnight sensation she's suddenly acting like she's Katy Perry.

Aspiring actress Carmen Curtis is finally making a name for herself, but she's finding it harder than ever to get out from behind her famous mother's shadow. And in Hollywood, leading men are a dime a dozen, but a good man is hard to find. So when two of the girls have their eye on the same guy, that can mean only one thing: on-camera drama.

In the second novel in best-selling author Lauren Conrad's Fame Game series, friendships are tested, lines are crossed, and fashion crimes are committed - and that's before the cameras even start rolling.

What listeners say about Starstruck

Good listen for 'The Hills' fans.

I was a fan of 'The Hills' when it aired and watched it all the time. This is pretty much just like it, and I love it. Nice easy listen, and I liked trying to figured out who each character was in real life.
Jenna was the perfect narrator for these books. She does voices for some characters too. She is just great!
Is this worth a credit? If ur a 'The Hills' fan then yes most definitely!