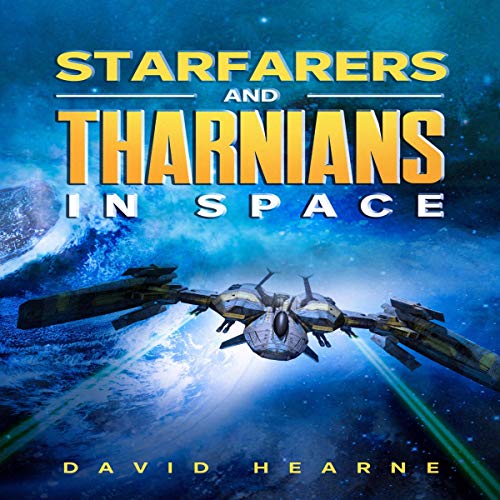 Set in a hostile galaxy mirroring real nations and world events, standing against the vicious aliens known as Tharnians, is a reluctant hero named Deacon. When he meets a Tharnian named Rugor, it’s clear only one of them can remain alive - and their paths will keep crossing until the victor emerges.

With fellow Starfarers Bo and Poppy by his side, Deacon will traverse open space enlisting the help of allies like the Zenites with their cloaked ships, a space station full of unlikely pirates, and a mysterious alien who knew his great grandfather.

The Starfarers will also have to work together, easier said than done, in this frantic space opera where everyone is out to get them, from bounty hunters to their own employers, the unscrupulous United Planets. Deacon must also attempt to fulfill an ancient prophecy and uncover an insidious plot to force the free universe to bow down to the most cunning of enemies - humans! It’s apocalyptic, character-driven science fiction where the twists keep coming.

Based on the award-winning screenplay.