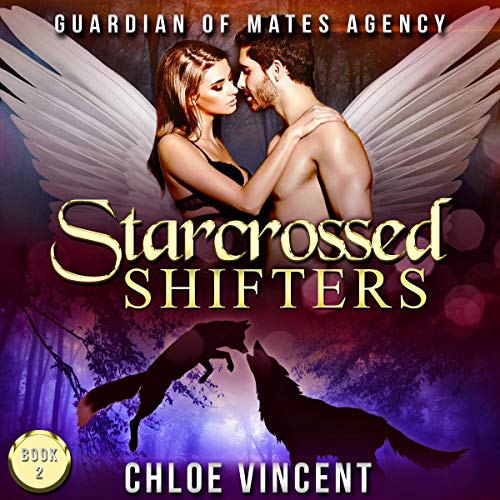 A foxy fox shifter and a sexy, alpha wolf shifter can fall in love...but is it a romance doomed by centuries of bad blood between their rival clans?

Matching up soulmates was never going to be easy.

Angelic agent Delilah’s job is to bring two souls on Earth together in true love. It’s the only way to earn her redemption in the afterlife. Her first mission went pretty well...with only a modicum of rule breaking.

But when a lone wolf (shifter) with an axe to grind gets thrown into the mix, getting this unlikely duo together without killing anybody becomes harder than ever.

The only things working in Delilah’s favor is that Meg is a whip-smart leader with a mind of her own, and Gunnar Dylan, though cocky and sarcastic, has a heart of gold and is sexy as hell.

Needless to say, everyone’s favorite rebel guardian angel could really use a drink about now.

What listeners say about Starcrossed Shifters