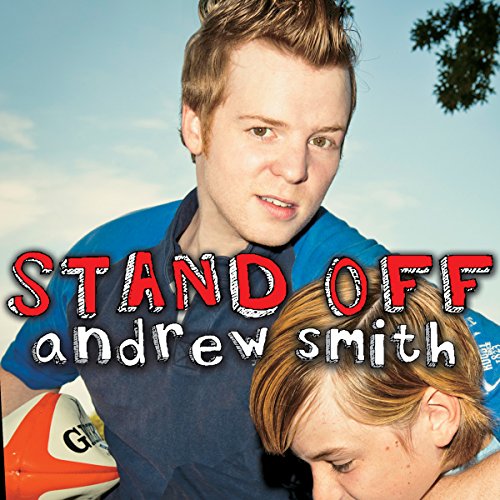 It's his last year at Pine Mountain, and Ryan Dean should be focused on his future, but instead he's haunted by his past. His rugby coach expects him to fill the roles once played by his lost friend, Joey, as the rugby team's stand-off and new captain. And somehow he's stuck rooming with 12-year-old freshman Sam Abernathy, a cooking whiz with extreme claustrophobia and a serious crush on Annie Altman - aka Ryan Dean's girlfriend, for now, anyway. Equally distressing, Ryan Dean's doodles and drawings don't offer the relief they used to. He's convinced N.A.T.E. (the Next Accidental Terrible Experience) is lurking around every corner - and then he runs into Joey's younger brother, Nico, who makes Ryan Dean feel paranoid that he's avoiding him. Will Ryan Dean ever regain his sanity?

"A brave, wickedly funny novel about grief and finding a way to live with it...." ( Kirkus)

What listeners say about Stand-Off

helped me a lot

this book was amazing, outstanding, brilliant! i am 14 year old girl and even this booked helped me get through a lot, like Nico. i doubted if i was actually the was i thought i was because of others. Ryan deans personality, out look and wittiness is just uplifting in ways. he can also make you feel sad and pull you down. i loved the first book and i definitely love this one!

No where near as good as the first.

Like. Narrator was good probably a bit better than Mark B still love that guy through.
Like. Character development
Dislike. That's all you get character development. There is no real point to this book. 10 hours of nothing. I would maybe get the third book, might be better. When it's out. This book is so weak. It also raps everything up in 30min at the end I'm not joking the first 1 hour and the last 30min are all you need to know about this book. So stand -off it for now you will just feel like an idiot for wasting 10 hours off your life.