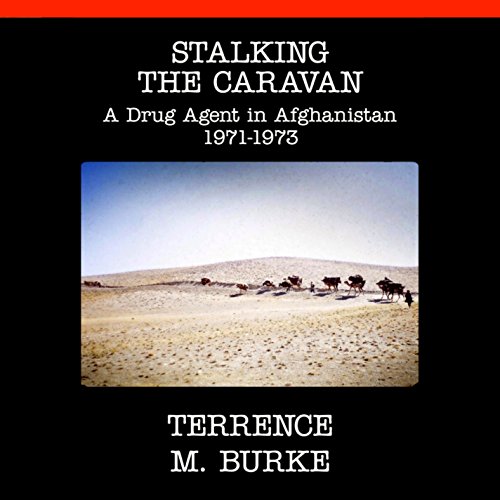 The rugged routes to Kabul teemed with worldwide youth in search of cheap drugs and enlightenment. With the idyllic dreamers came hard core criminals. Sent to Kabul to take on the criminals was Federal Narcotics Agent, Terrence Burke. Working undercover, often without backup, Burke dismantled smuggling operations in Afghanistan and India. He used "renditions" to return fugitives like Timothy Leary to the U.S. and teamed with the Soviet KGB to close a drug route through the USSR. He challenged criminals in the Royal Palace and the Afghan Police. The issues he portrays in Afghanistan are still confronting us today.

Terrence Burke was a Narcotics Agent in Afghanistan from 1971-1973. He served for 20 years in the U.S. and Europe, ending his career as DEA's Deputy. From 1960-1970, he served the CIA in Southeast Asia. Burke's book Stories from the Secret War" told of his role in the CIA's war in the mountains of Laos. Burke was recipient of the CIA Silver Star for Valor.

"In his adventurous career, Terry Burke was known for his honesty, his integrity, his candor and his courage, holding himself to the highest standards. This book confirms it." (Bernie Weinraub, New York Times journalist and playwright)

What listeners say about Stalking the Caravan