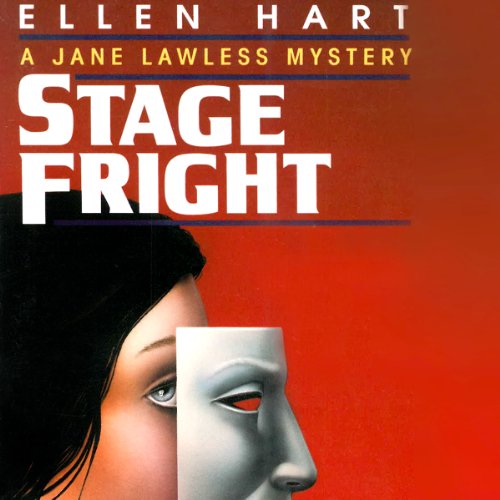 Aging theater actor Torald Werness' last curtain call is as a corpse. Murdered after his last performance in his last theatrical production, Minneapolis restaurateur-sleuth Jane Lawless finds his body onstage, impaled on a part of the set. Before long, a series of coincidences places Jane in the role of prime suspect.

Determined to clear her name, Jane turns to her best friend, Cordelia, for help. Together, their intuition leads them to the dead man's family, a glamorous - and appropriately melodramatic - Midwestern theatrical dynasty. Jane and Cordelia must separate the theatrics from reality before Jane takes the blame for someone else's crime, and their search for the true killer uncovers a tangled and dangerous web of deceit. All in all, Stage Fright is another engaging, dynamic installment in Ellen Hart's award-winning series.

What listeners say about Stage Fright

Not the best narrator

I enjoyed the book, although this is not my favourite Hart novel.

This is the first time I've heard this narrator and, unfortunately, I find her sub-par.