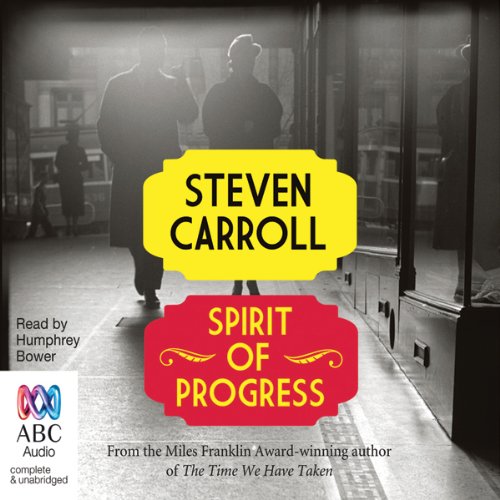 The thing that makes you, it never goes. As relevant to memories as it is to the future. Michael, on his journey, discovers, The Spirit of Progress.

A sleek high-speed train glides silently through the French countryside, bearing Michael, an Australian writer, and his travelling world of memory and speculation. Melbourne, 1946, calls to him: the pressure cooker of the city during World War II has produced a small creative miracle, and at this pivotal moment the lives of his newly married parents, a group of restless artists, a proud old woman with a tent for a home, a journalist, a gallery owner, a farmer and a factory developer irrevocably intersect. And all the while the Spirit of Progress, the locomotive of the new age, roars through their lives like time's arrow, pointing to the future and the post-war world only some of them will enter.

What listeners say about Spirit of Progress