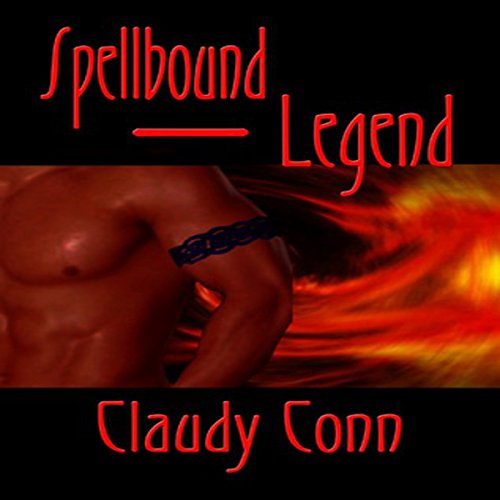 In a failed attempt to turn him into an ageless lover, the evil, not-quite-a-vampire Lamia DuLaine poisoned hunky Druid high priest Julian Talbot on his wedding day. The Seelie Fae transported Julian to their realm for treatment and captured DuLaine, but not before she brutally murdered his new wife, Maxine.

Now, nearly two centuries later, the Fae have revived Julian from his coma and returned him to his ancestral estate, where he finds his bride's many-times-great-grandniece and namesake, Maxie Reigate -who could be his beloved dead wife's twin. Also there is Breslyn, Royal Fae Prince of Dagda. Because he'd honored the Treaty prohibiting Fae interference in the human world, Breslyn hadn't been able to prevent Maxine's death. This time, however, he will do whatever it takes to protect Maxie, rules be damned. It's not just guilt that motivates him - the sexy immortal has long admired humans, and he is especially taken with this human woman.

While she might look like her ancestor, this Maxine is a modern, spirited woman with emerging Druid powers of her own - and she will not be a stand-in for a long-dead love or a temporary playmate for an immortal prince. And yet, she can't help but be attracted to these two very different and absolutely mesmerizing males.

Together, the three of them must work to combat treachery from the highest levels of the Seelie Fae Realm, for one of the Seelie queen's closest confidantes is plotting to unleash Dark and monstrous Unseelie Fae on an unsuspecting human world. If that weren't trouble enough, Lamia DuLaine has been released from her Otherworld prison, and her obsession with Julian and hatred for the Reigate family are as strong as ever. But now she has even more Dark Magic knowledge at her disposal.

What listeners say about Spellbound-Legend

If you could sum up Spellbound-Legend in three words, what would they be?

Maxie....her determination helped her land the man of her dreams

Have you listened to any of Stevie Zimmerman’s other performances before? How does this one compare?

I loved how Stevie's different character voice inflections really added to my enjoyment of this audio!!!

This is a wonderful love story between Maxie and Julian. Prince Breslyn cannot seem to win the heart of Maxie…it is Julian who wins that prize. An ancient female vampire seems to be getting in the way, but not to fear, true love does conquer all!!! This is the 1st book in an awesome series which I loved reading. The characters pull you in and make you feel as if you’re there with them. I highly recommend Claudy Conn's books. Wonderful reads…every one of them!!!! I always love listening to the audio version after I've read the book...it adds so much more to the overall story!!!

If you could sum up Spellbound-Legend in three words, what would they be?

You won't be able to put it down. Yes, I know that's more than three words,but three words does not give justice to the awesomeness of this book.

Love the different voices. Made it easy to follow, and the flow was smooth. Although I think of Maxie more spirited and witty. At times with the voice that was used for her, I feel it did not come across as I vision her.

Word of warning, do not try to listen to this audio while doing other things. I ended up just putting down everything else I was doing just to sit and listen to the book. I was too fascinated by the story line, and was good for nothing else until it was over. Two sexy guys,murder,mayhem,plots galore -what's not to love. Grab your copy,curl up and enjoy.

The narrator was very well with voices and emotions being portrayed correctly. The storyline was very well written and executed. It is a great beginning to a series I cannot wait to read more of. I would recommend this to anyone who loves witty romance books with some action to them!

Where does Spellbound-Legend rank among all the audiobooks you’ve listened to so far?

The story is great. Claudys imagination in story telling is just one of a kind awesome. putting it in audio just makes it even more addictive!!

All of them. why? Because the story just wouldn't be the same with out any of them.

Stevie is awesome. she brings it to life. You can sit with your eyes shut and really get into the story. also audible works great for multi tasking :)

Any of Claudys books i want to sit and devour in one sitting, so yes.

This is the original story that drew me into Claudy's world and brought to life the most vivid characters I have ever experienced in my life, and believe me, I love to read! I first experienced Spellbound in print, and then was lucky enough to get it in audio as well.

As much as I loved this story in print, it was awe inspiring how much more depth was brought to it with Stevie's narration.

I cannot wait to experience my next audio book from Claudy. Each one is better than the last!

Once I started Spellbound I could not put it down.

Where does Spellbound-Legend rank among all the audiobooks you’ve listened to so far?

This is one my Favorite books! I could listen to this over and over!

Maxine and Julian they have amazing chemistry and are strong main characters.

Yes, I wish I did not have to stop listing but the family needs to eat. hehe

I'm a huge fan of Claudy Conn's writing and each book is different and unique. I loved the world she created with the Fae and Druid practice. Once I started Spellbound I could not put it down. As soon as I finished I wanted the next one. I found myself drawn to the story as well as the characters. This book has it all suspense, love, romance, deceit, action, intrigue, passion and heartbreak everything you want in a great story and strong characters to boot. I can't wait to read what is in store for them next.

Maxine Reigate's father has always told her she has special powers but she never thought anything of it and never believed him. When she sees her parents off to Africa, on her way back she has a vision of their plane crashing and her father saying goodbye to her. Two months later she gets a visit from a very sexy Breslyn, Royal Fae Prince of Dagda who would defiantly have all the women swooning over him (I know I was).

Then we have Druid priest Julian Talbot wakes up from a two hundred year coma just to remember he was not able to save his new bride, Maxine, from the evil Lamia DuLaine. Julian is one well-built stubborn sexy god of a man who is tortured because his could not save his wife and all he can think about is revenge. Can Maxine and and Julian defeat Lamia and Keep the walls up between the Fae and earth? Whoever said saving the world and having to choose between a fae prince and a Druid priest was easy?

Would you consider the audio edition of Spellbound-Legend to be better than the print version?

I love the print but this was so amazing to have it read to you.

I love everything about this bout it is an awesome tale about Seelie Fae, Unseelies Fae, druids, druid priestess, and a mad woman.

I just love how she make the characters come to life for me it was better than when I read it in my head.

I just love a book that's got Seelie Fae and Unseelie Fae but then you put in druids and a druid priestess that is a freaking awesome read!!!! My favors in this book is Maxie and Julian. Maxie is finding out she is a druid priestess and that there is a mad woman who wants her dead. She is sent to Julian home in Scotland. Oh when she see the oh so hot Julian for the first time in really life. Tp know more abot this bout grab your copy today so so so a must read!!!!

Yes , I would. I would recommend all of Claudy Conns books .

What other book might you compare Spellbound-Legend to and why?

Mariah Fire. The same author and Narrator. They both did wonderful with this book as well.

She brings a different perspective on how you react to the characters compared to just reading the story.

Laughed, got angry and just thoroughly enjoyed the book.

Would you listen to Spellbound-Legend again? Why?

What was one of the most memorable moments of Spellbound-Legend?

when Julian realizes he loves Maxie

Have you listened to any of Stevie Zimmerman’s other performances before? How does this one compare?

What made the experience of listening to Spellbound-Legend the most enjoyable?

It brings the story to life. I love this series and to listen to it being told made me feel like I was right there in the story

I liked the part where Maxine discovers what she is and then to have Juliet Talbot realize he can't live without her.

the various ways of voice changes. It brought each character to life.