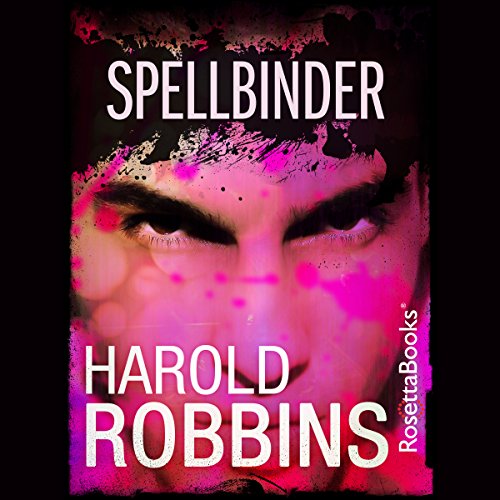 From the author of The New York Times number one best-selling novel The Carpetbaggers comes a hard-edged look at the seductive, high-stakes and often hypocritical world of religious revivalism and televangelists.

Spellbinder is the story of a genuine and charismatic believer simply known as "Preacher", who returns from the foxholes and horrors of Vietnam with a simple goal: to spread the word of peace, love, and charity. He immediately attracts a following as he moves from California communes to small surfing towns. "The Church", as his mobile flock is now known, is a culture that centers as much on sex and drugs as prayers, sacraments, and salvation. Despite a growing following, The Church is bordering on broke. As they reach what is surely the end of the line in Texas, a powerful billionaire witnesses Preacher and likes what he sees.

Promising a platform where Preacher can reach millions at once - not dozens - Preacher takes the leap into the new world of mass broadcasting the gospel. Before long, Preacher becomes one of the most powerful televangelists in the country, making influential friends and building a vast empire as the newest religious superstar. He finds his new success and status as "the" rock star entertainer of big-top religion intoxicating. Deep inside, however, he realizes that he's become just another "over-the-airwaves" televangelist selling everlasting salvation for an earthly price. With a burning conscience, he knows that he must make a gut-wrenching decision: preserve his empire to continue to spread the word or make the ultimate sacrifice to expose the hypocrisy that surrounds him.

What listeners say about Spellbinder

The story is great but reader is awful . His voice wears on you to the point of wanting to stop listening