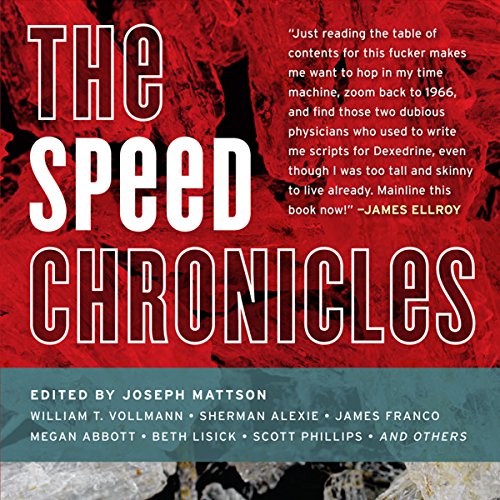 Speed: the most demonized - and misunderstood - drug in the land. Deprived of the ingrained romantic mysticism of the opiate or the cosmopolitan chic of cocaine or the mundane tolerance of marijuana, there is no sympathy for this devil. Yet speed - crystal meth, amphetamines, Dexedrine, Benzedrine, Adderall; crank, spizz, chickenscratch, oblivious marching powder, the go-fast - is the most American of drugs: twice the productivity at half the cost, and equal opportunity for all. It feels so good and hurts so bad. From its dueling roots of pharmaceutical miracle cure and Californian biker-gang scourge to contemporary Ivy League campuses and high school chem labs, punk rock clubs to the military-industrial complex, suburban households to tin-can ghettos, it crosses all ethnicities, genders, and geographies - from immigrants and heartlanders punching double factory shifts to clandestine border warlords, doctors to bomber pilots, prostitutes to housewives, T-girls to teenagers, Academy Award-nominated actors and the mansion on the hill to the poorest Indian on the rez - making it not only the most essentially American narcotic, but the most deceivingly sundry literary matter.

The subject of speed is so innately intimidating, yet so undeniably present that it begs to be written about. It is no secret that the drug has historically tuned up the lives of writers, including Jack Kerouac, Susan Sontag, Philip K. Dick, and scores more. Too rarely, though, has it been written about, and its jolt to the bones of the American landscape continues to peak.