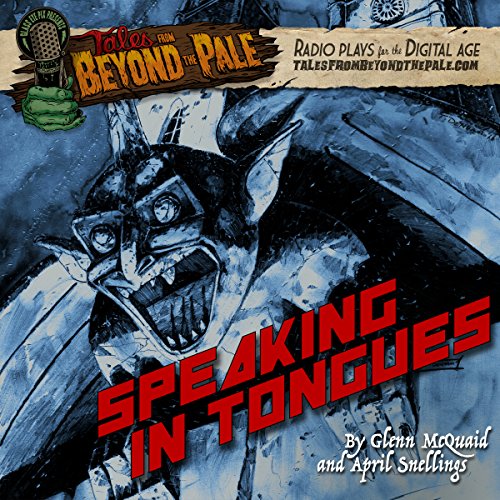 Speaking in Tongues, written by Glenn McQuaid and April Snellngs.

One night in Montreal, an ageless man hires a young female translator to help settle mysterious debts with an array of desperate characters.

Boasting over 40 half-hour original shows, winner of three NRC Radio Awards for best Audio Dramas that "push the state of the art to the next level" (Slate Magazine), Tales from Beyond the Pale is the daring series of audio dramas created by Larry Fessenden and Glenn McQuaid for Glass Eye Pix. Season four features 10 newly released tales, recorded before a live audience in LA, Montreal, and Colorado at one-time-only events.

Reminded me of Neil Gaiman

This interesting little supernatural horror story reminded me of Neil Gaiman. Indeed, if someone creates a "North American Gods" anthology in tribute to American Gods, I could easily see this story going in it. One of the better shows this season.