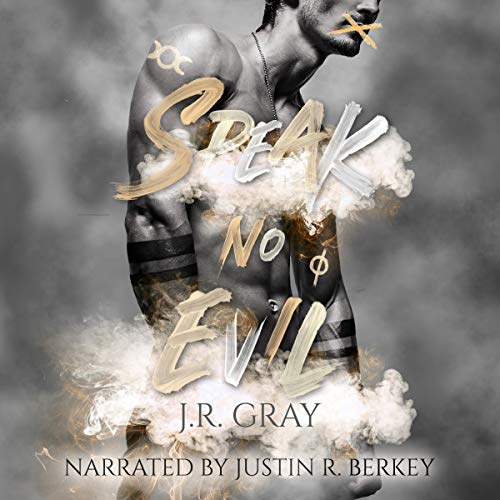 Weston doesn’t believe in voodoo, but that doesn’t mean it doesn’t believe in him. His life and family were steeped in the stuff, and it was fine, until voodoo took everything from him and ripped his life from his grasp. And when it swallowed whole the person he loved most, he had to escape.

But there were consequences. His voodoo goddess wasn’t going to let go of him so easily, and her revenge was the pinnacle of evil. He could have dealt with something like impotence or boils, but this was purely depraved. She came for him and hit him where it hurts. She might as well have taken his guns.

Weston found himself unable to lie. A hit man who can’t lie. What a joke.

When his handler throws him a bone - a job that requires no interaction, only observation - Weston takes it. He should be able to do this in his sleep, but he’s off his game. He gets way too close.

Nothing is as it seems, and someone else, maybe someone worse than him, is stalking his mark. But he can’t leave the kid high and dry. Not when Eli is all he can think about.

What listeners say about Speak No Evil

I really liked this book. I felt like the book came in in the middle of the story. There were a lot of flashbacks to understand the relationship between Weston and his "voodoo goddess". It was an interesting take on hitman turned lover without the drama one would assume there would be with a fakeish relationship. It had some super hilarious parts that made me actually laugh out loud. Squid feet lol. Not angsty. Two very toppy tops. Overall this was a great listen. I really enjoyed the narrator and excited for more to come from him.

I havent read J.R Gray that long. But after I started. I fell in love with his writing. Its like he is just abit more raw, abit more gritty. Its like he shines through in his books. You feel like you know Him from reading/ listening to this words. And how the hell did he make me laugh. I dont do funny. But in the middle of all this raw maskulin power, I was laughing out loud in my car listening. That NEVER happens. I want more like this.

long (or so it seemed)

For as long as this book seemed to be, it failed to fully develop its characters. the narration was sort of dull with little differences between most of the characters. The narrators I enjoy the most can make a book come alive, and while this gentleman was not unpleasant, he seemed to just read without adding much "drama". My mind often wondered during this audiobook, but all in all it was muddled, but okay. I won't be listening to it again, however...once was enough.

What a way to pop my J.R. Gray cherry! A fast moving thriller, Speak No Evil has a nicely developed plot with clever twists and turns, a dash of voodoo, and lots of good old, kinky fun. It might have just been the way Justin R. Berkey read it, but did I detect a healthy dose of very dry humor as well? Great audiobook! It’s also my first experience with narrator Justin R. Berkey. His delivery is engaging and, especially with Weston, Berkey brought these characters to life. I’ve got several more novels by J.R. Gray on my tbr shelf and I’m looking forward to reading them. As for Justin R. Berkey, I hope this is the start of a long career in audiobook narration.

Sometimes your job can be more trouble than it's worth. Weston and Eli are about to find out how that happens... The characters are interesting, the plot is engaging, and the setting matches both. This book is perfect for an audiobook, and I look forward to more! Just the right amount of blood, sex, violence, and voodoo to warm my dark little soul.

< I received a complimentary copy of this book at my request - it has in no way influenced my review. > Did the story keep me engaged: yes Did I feel an emotional connection to the characters: yes Would I listen to it again: yes What did I like about the story? good pace, entertaining and likeable characters - both Wes and Eli are strong men who know their own minds, the story is interesting and what's not to love about a "not so tough" hit-man. 😉 I enjoyed "Speak no Evil", the banter between Wes and Eli is entertaining, The elements of voodoo made the story interesting, there is lots of great action and I never saw the twist at the end coming! And drugged / high Wes was awesome ... squid feet ... tough hit-man with squid feet 🤣🤣🤣 Narrator comment: Justin R Berkey is a new narrator for me and I think he's done a good job narrating Speak No Evil. He has a nice voice, there are quite a number of characters in this book and I had no problem distinguishing each of them and he gave believable inflections in all the right places. Note: this book contains "flashbacks" [often mid chapter] to Weston's time before separating from his Ex and it took me the first couple of "flashbacks" to figure out what was happening when the story changed. A couple of times It pulled me from the story while I tried to figure out what had happened. This isn't a critique against this particular book - it's a common problem in audio - In print / e-book format the style of the font will usually change to italics so we can 'see' the change in the timeline or story - but in audio there is often no indication we are getting a change or flashback - it would be helpful if authors kept 'this will go to audio' in mind when they're writing and put some kind of indicator to mark the change in timeline / story line - for example a reference to the time period: eg: 6 months earlier.

I thought this one when I read the first part of the blurb would be very serious. I’m glad that I took the chance though as this had the perfect balance of humour and seriousness and some amazing characters. Loved it

The story is always full stars, because if I wouldn't like the story as ebook, I wouldn't listen to the audiobook. I can't listen to an audiobook without knowing the book, that's not possible for me. The performance from the narrator is also very important for me. I can't listen to a lot, because my English as a non-native-speaker isn't so perfect to follow a whole story over hours, when the narrator speaks too fast or too sloppy. Normally I have to SEE the person, who is talking to me in English. It took me a little bit, to come into the narrator, but at the end, it worked. I only have to take a few breaks between. I'm just not yet finish with the book, I’m over the half, but I listen enough to give a review. PLEASE READ MY RATING SYSTEM!!! To my ratings: 5* - very very good it's like an A+ 4* - very good and will be often re-listening it's like an A 3* - it's more then a one-time-listening. it's like a B

This was a fun romp and I hope it’s the start of a series involving these characters! Smith procures contracts for hitman and surveillance expert, Weston. Weston is still getting over the fact that his ex-wife has put a voodoo curse on him so he cannot lie - a slight drawback in his line of work! When he is contracted to surveil Eli, nothing is straightforward. Lots of amusing scenes and great repartee between the two main characters. The narrator performed well but could have sounded more excited during the action scenes.