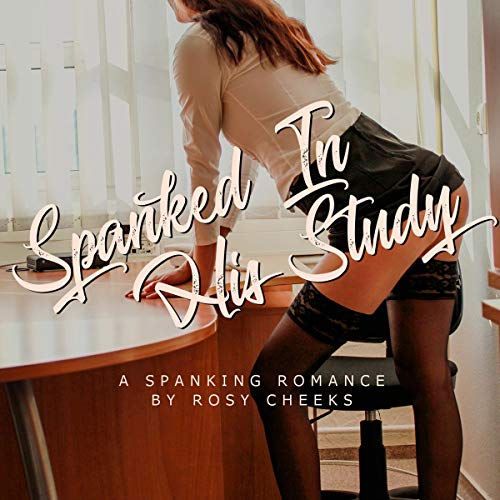 Spanked in His Study

Spanked in His Study

I didn’t know Jack Stanton was going to be home at eleven in the morning. Jack Stanton is never home. I’ve only met him a handful of times and one of those was when he hired me to be his housekeeper. It’s an exorbitant salary for few hours a day, but who am I to complain? Until I start hearing crying in a distant room, one I’ve been told never to enter. But what if someone’s hurt? I enter Jack’s study and see a naked blonde draped across his desk, her wrists bound by some kind of strap and a leather belt flying through the air before landing with a loud crack across her bottom. She cried, I gasped, and Jack caught me. I leave instantly and apologize profusely and though Jack doesn’t follow, he texts me hours later that he would like to have a meeting the following morning.

The contract I signed when I took this job stated that I would, under no circumstances, enter his study. Jack says that he’s going to fire me unless...I submit to his punishment. It’s crazy, it’s outlandish, it’s childish even...but a small part of me wants to feel his hand on my bottom and to know what it feels like to be spanked. So, I accept. He’s sexy, he’s strong, and he’s going to teach me a lesson.