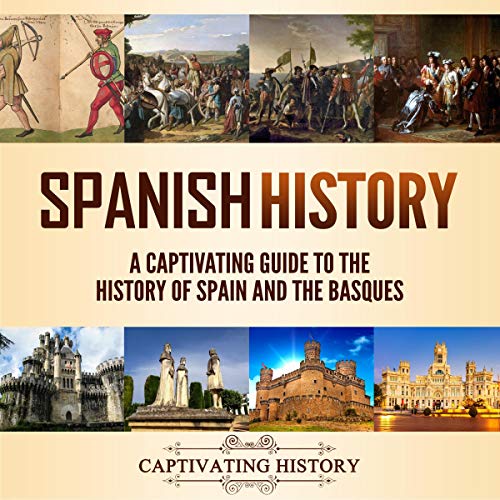 Spanish History: A Captivating Guide to the History of Spain and the Basques

If you want to discover the captivating history of Spanish, then pay attention.

Two captivating manuscripts in one audiobook:

Here are just some of the topics covered in part one of this audiobook:

Here are just some of the topics covered in part two of this audiobook:

So if you want to learn more about history of Spain and the Basques, listen to this audiobook now!

What listeners say about Spanish History: A Captivating Guide to the History of Spain and the Basques