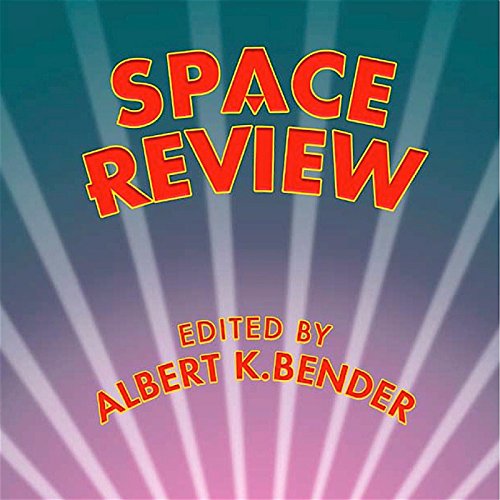 New Saucerian is delighted to present Albert K. Bender's Space Review, a collection of volumes from Bender's quarterly magazine of the same name.

Bender was the founder of the first major UFO club in the world, the International Flying Saucer Bureau (IFSB), founded in 1952. Even though the bureau was a great success, it was mysteriously closed down the following year.

This rare anthology was originally published in conjunction with Bender's first book, Flying Saucers and the Three Men, which was beset by various "jinxes", Men in Black attacks, missing manuscripts, psychic disturbances, and other unusual delays.

Until now, these issues of Space Review were only available to members. For the first time ever, they are being made available for the general public to enjoy.

Inside, one finds interesting details that may lead to some understanding of what exactly happened to Bender, who became a media star after announcing he had been taken to a "bisexual" planet, Kazik.

According to Bender, the denizens of Kazik had not only surrounded Earth with an array of orbiting spacecraft, but had also buried "motherships" in remote regions like Antarctica, in an effort to extract a key substance from our seawater.

Bender's colorful descriptions of the people of Kazik, having received wide attention in the early days of ufology, influenced a generation of saucer enthusiasts, who put the stories into mass circulation.

As a result, many elements of Bender's fantastical tale can still be found today, in programs like Futurama, The Matrix, X-Files, and countless others.

What listeners say about Space Review