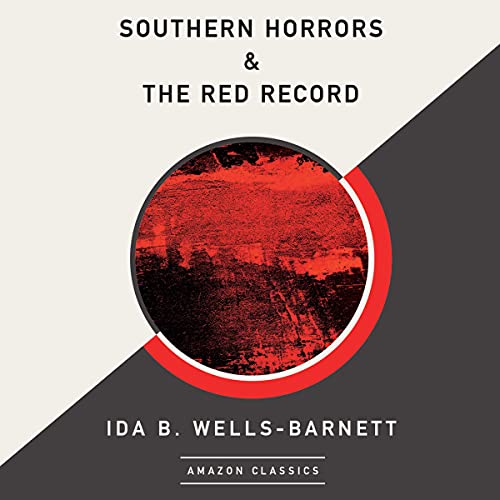 By: Ida B. Wells-Barnett
Narrated by: Kristyl Dawn Tift
Free with 30-day trial

In the United States at the turn of the nineteenth century, crusading African American journalist Ida B. Wells-Barnett bravely reported on the scourge of white supremacist violence that had personally impacted her own life and work. Her reporting exposed and riled the South, enlightened uninformed Northerners, and captured international attention.

Southern Horrors and The Red Record offer extensive accounts of the lynching, cruelty, and hate that African Americans faced in the early years of the Jim Crow South. Unafraid of the opposition, she also delved into the social, sexual, and political oppression of women as no one had before. This progressive and courageous work made her the most famous Black woman in the country. With an incredible prescience and a frank, clear-eyed tone, Wells-Barnett’s outrage - often indicated by the simple enumeration of names, dates, and statistics - resonates just as powerfully now as it did then. Her call for justice is a call that we still need to hear.