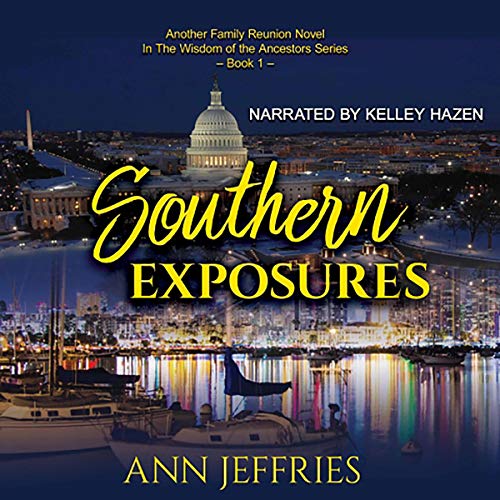 Law school student Vivian Lynn Alexander could no longer fight the undeniable truth that she had to end her three-year love affair with her college sweetheart Carlton Andrews to have the career as a lawyer she dreamed about. Nor could she deny a growing interracial passion that she felt for former basketball icon Chuck Montgomery...that is, until she met his best friend Derrick “Dunk and Jam” Jackson, who was an even bigger star than Chuck.

Both medical doctors now, Chuck and Derrick find that they have no medical skills to keep them both from falling hard for the attractive, young Georgetown law student.

Kenneth and Benjamin Alexander are brother and best friends, but as different as night and day. Kenneth, the older, the cool, calm and collected president of his San Francisco-based telecommunications company and Benjamin, the dashing young US Air Force jet fighter pilot, stationed in San Diego.

Yet, they came to the same conclusion: They were both falling in love with the same woman - the beautiful and alluring JeNelle Towson, owner of Insights, a Santa Barbara emporium of style and grace.

Despite their individual and desperate problems, the three of the five Alexander siblings rally at perilous risk to themselves and others they care about when everything is on the line and the weight on all of them is the greatest. Two is company, but three is a family.

What listeners say about Southern Exposures

I was voluntarily provided this free review copy audiobook by the narrator and found it fun. These books are based on family and friends and its can be uplifting listening at times, heart breaking at other times and sometimes you just find yourself laughing out loud and you have to back it up because you missed something. The interesting and intriguing characters keep you listening, wondering what unexpected twist will happen next. It's very enjoyable and I'll have to check out more books from this series.

I totally enjoyed this book and long but characters kept me interested. I loved all of the characters of the Montgomery and Alexander families especially Vivian and Chuck. They all have different fun characterizations, look forward to next book to find out if Whitney’s mother comes back. I was given this free review copy audiobook at my request and have voluntarily left this review. Thank you

This was one special story. Ending a romance to pursue a law career leaves Vivian no choice. The Narrator helps you get caught up in her life story. Enjoyable.

Well, it's a looong listen... BUT it's also a very entertaining listen so the length is not a disadvantage:) Quite the opposite - you just have more time to spend with the Alexanders, their families and friends... And it's quality time at that, too :)

It's difficult to decide what genre it really is as it's a mixture of many, but I'd put it on the social drama/family saga shelf if I had to choose one - because that's what it mainly talks about: family and relationships, not necessarily of the romantic kind (although there's quite a lot of romace there too). What we really get is accompany the Alexanders in their everyday life - following them in their ups and downs, their joys and heartbreaks, observing them build relationships, develop friendships, experience failures and successes... And it's a fun journey as the book has quite a lot of humour; most of the characters have that comic streak in them that makes the read/listen lighter even when the situations are quite serious or dramatic...

And there are a lot of characters; the Alexanders are a big family and they have even more friends, and then there are also acquaintances who soon become friends....:) And they all feel real, have distinctive personalities, make you want to meet them and become a part of that circle of exceptionally open, kind-hearted, loyal and strong people.

Narration by Ms Hazen is great, as usual. She brings all those characters to life, making them feel even more real:) As always, you have no problems recognizing who's speaking as every character is given a distinctive voice - I still, after listening to so many books read by her, wonder how she does that:) Generally, it's a very good interpretation of the book...:)

DISCLAIMER: I was given this free review copy audiobook at my request and have voluntarily left this review.

This is amazing, I highly recommend it. Great storyline and amazing characters .
Kelly Hazen’s narration is great as always.
❤️🤩💕🥰😂