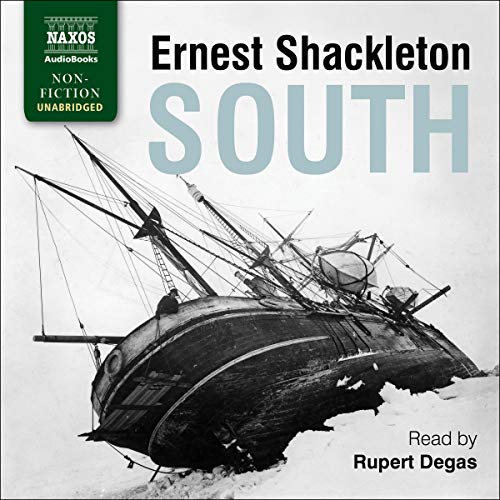 On 8 August 1914, five days after the outbreak of World War One, the Endurance, a wooden-hulled, coal-fired icebreaker, set sail for the South Pole, in a bid to complete the first-ever trans-Antarctic expedition, which would cross the continent from the Weddell Sea to Scott's base at Cape Evans, via the Pole. However, despite the best planning, the ship succumbs to the ice floes of the Weddell Sea, and is subjected to months of uncontrollable drifting before its crew makes a scramble for Elephant Island, where they battle constant cold and starvation. Faced with the most fearsome terrain and extreme conditions, it is up to Ernest Shackleton, commander of the Endurance, to lead his men back to safety and save them from the horrors of the ice.

What listeners say about South

I read Alfred Lansing's book years ago and it remains the best introduction to this amazing story. Yet Shackleton is also a good writer - precise and and mindful of the readers attention. It is well worthwhile, indeed better in some respects as a first-person account, a window into the personality of Shackleton. This brings us to Rupert Degas. His performance is one of the best audiobook readings I ever heard. He is a professional voice actor who commands a wide range of characters. In this book he is the voice of an early 20th century explorer. One can not tell he is acting, he sounds exactly like we might expect Shackleton to sound. It's amazing, there was never a slip or breaking through the barrier to remind us this actually a reader born in 1970. He is the definitive Shackleton voice. Finally the book is nearly 16 hours, but the South expedition ends around 10hrs, with the remaining being the Ross Sea Party. It is not nearly as well written. I quit after 10hrs which is fine by me, the second part is more of a bonus if you want it.

The greatest survival story of all time. The physical endurance is heroic but the leadership and mental strength of Shackleton is beyond belief. The reading is of the highest quality it could be Shackleton himself.

The best audio book I have listened to.