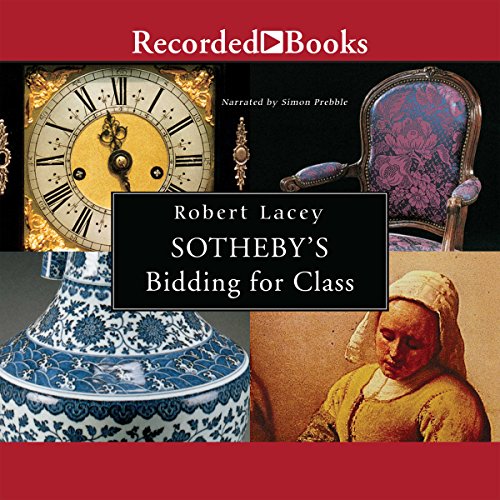 In this splendid account of the world’s oldest and richest auction house, Lacey brings to life the personalities, ambition and shrewd business dealings behind the glamour and the glitz. From its beginning in 18th century London as a modest book dealer, Sotheby’s owes its rise to a succession of clever and colourful entrepreneurs who knew how to read the winds of economic change and sniff out buyers and sellers of the moment. This volume explores the history of Sotheby's auction house, tracing its beginnings back to 1744. It was in the latter half of the 19th century, when economic instability forced the aristocrats to sell off many of their treasures that Sotheby's began to lay the foundations of the modern art market. The Sotheby's-Christie's rivalry intensified in the early-1900s and they have been battling it out ever since over the likes of Cezanne, Picasso, Van Gogh and Monet. Lacey takes the reader through the unprecedented boom of the 1980s, when Van Gogh's "Irises" went for $53.9 million, and examines the catastrophic effects of an inflation still being felt today.

What listeners say about Sotheby's: Bidding for Class

Simon Prebble is a great narrator with skill severely compromised by a producer who could not control the sound quality. We listened in the car on a long trip and lost much of the information because every post-production correction dropped any pretense at volume and quality consistency.

The book was interesting and could have been a favorite save the problems hearing it.