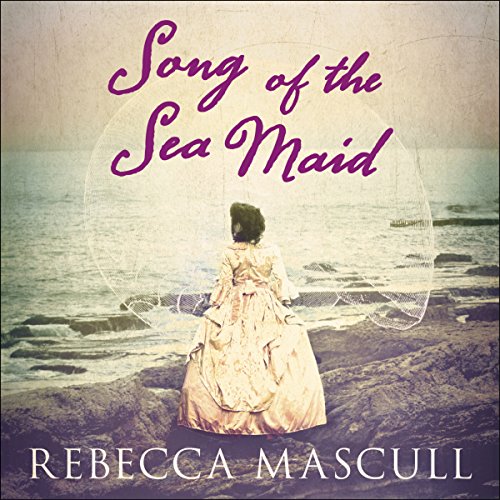 Song of the Sea Maid

Song of the Sea Maid

A rich, evocative second novel from the author of The Visitors.

In the 18th century, Dawnay Price is an anomaly. An educated foundling, a woman of science in a time when such things are unheard of, she overcomes her origins to become a natural philosopher.

Against the conventions of the day, and to the alarm of her male contemporaries, she sets sail to Portugal to develop her theories. There she makes some startling discoveries - not only in an ancient cave whose secrets hint at a previously undiscovered civilisation but also in her own heart. The siren call of science is powerful, but as war approaches she finds herself pulled in another direction by feelings she cannot control.

What listeners say about Song of the Sea Maid

Transported to another time and place

What a fabulous book! I was enthralled by it from beginning to end. Dawnay Price, orphan, born into extreme poverty, ends up in an orphanage after her brother is pressed by the navy, wrenched from her forever. Dawnay, however, has a bright enquiring mind and a passion for learning. Stealing ink, paper and a quill from the founder of the orphanage, she teaches herself to write. Her brightness captures the interest of a benefactor, Markham Woods, who takes her into his home, provides her with a tutor and encourages her education. Dawnay, intelligent, single minded and determined, eventually chafes at the confines of the house in London. Longing to further her studies in support of her burgeoning, if dangerous, hypothesis in natural philosophy, she persuades her benefactor to fund an expedition abroad. Thus, she finds herself aboard a ship bound for Portugal, captained by the disapproving Capt. Alex. Skilfully and beautifully narrated, Mascull leads us through sun-drenched landscapes, to share in Dawnay’s adventures, discoveries, joys, perils and heartaches. Five stars feel somewhat inadequate for this riveting story. Rebecca Mascull is an adroit story teller, and Catherine Harvey is an excellent voice for this one.