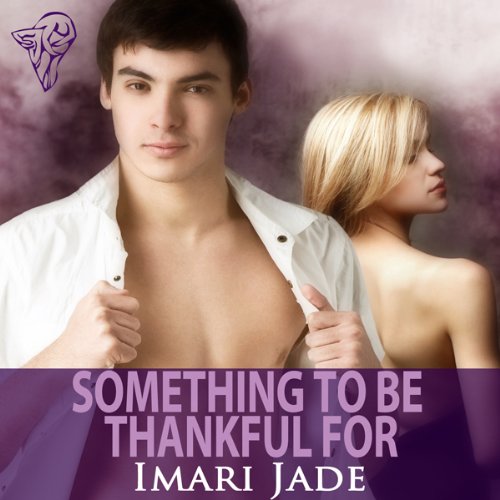 Something to be Thankful For

A middle-age paranoid manager and a bad boy rocker try to persuade each other that in a relationship age does not matter. Music manager Julianne Richmond's life gets turned upside down when her musical prodigy Cameron Justice announces that he is in love with her. Normally she would be flattered but she's in her forties and he is just a babe which in her book has the making of a bad love song.

Bad boy rocker Cameron Justice has everything...money, a beautiful mansion, expensive cars, and the lead in an upcoming movie. He is admired by women from all over the world and the envy of men. Spoiled and rotten to a fault, Cameron is used to getting his way. So when he confesses his love to his manager Julianne he naturally thought she would accept. Unfortunately, Julianne turns him down like a hot potato because he is too young for her and bruises his fragile little rock star ego.

On one of his wild tirades Cameron packs up his things and leaves Hollywood. Spurred by the mass hysteria of Cameron's fans Julianne hops in a car and drives halfway across the country to bring his psychotic butt home. But once she finds him back in the sleeping little mountain town where he was born, dressed in tight-fitting jeans and a plaid shirt she discovers maybe having a sexy young blond mountain man might not be a bad thing.

What listeners say about Something to be Thankful For

Simple love story with no unexpected twists. Not particularly explicit, more on the the romantic side.
Narrator was not my favourite, she sounded rather bored.