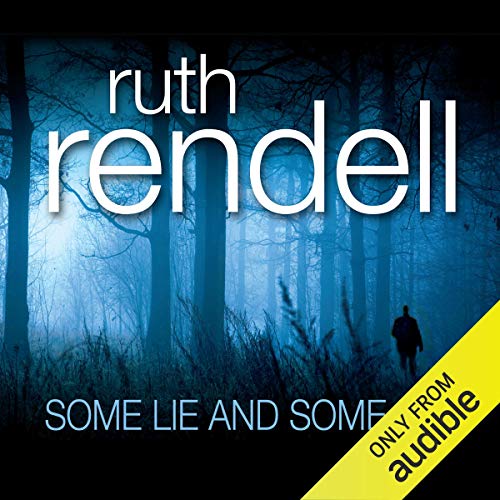 Some Lie and Some Die

Some Lie and Some Die

For a while the music Festival in Kingsmarkham was going well. The sun shone, the groups played and everyone - except a few angry neighbours - seemed to enjoy themselves. Then the weather changed, and a young couple made a gruesome discovery. In spite of dire predictions, the rock festival in Kingsmarkham seemed to be going off without a hitch, that is, until a hideously disfigured body is discovered in the nearby quarry. Soon Wexford is investigating the links between a local girl gone bad and a charismatic singer who inspires an unwholesome devotion in his followers. Some Lie and Some Die is a truly captivating novel, in which Wexford's deductive powers come up against the aloof arrogance of stardom.

"Undoubtedly one of the best writers of English mysteries and chiller-killer plots." ( Los Angeles Times)

I liked it very much and listened to it almost non stop. The plot is far-fetched but Rendell pulls it off. Most of the characters are twisted and troubled, with Wexford and his partner having to make sense of the weird things they have done. It was fascinating to follow the trail along with them as they uncover the clues that eventually lead them to the sordid truth.
The narrator did an excellent job of giving voices to the various characters.

What did you love best about Some Lie and Some Die?

Ruth Rendell keeps you guessing until the end, without cheating.

What does Nigel Anthony bring to the story that you wouldn’t experience if you just read the book?

don't know how he manages to 'do ' the voices.

I don't understand the appeal.....

This is one of the mysteries in her DCI Wexford series, but I didn't find it interesting in characters or story. I decided it will be the last Rendell book I try -- I've loved all the books she's written as Barbara Vine, but I just don't like her Rendell books.

Reading again (or should I say listening)

Read all this series when first published, but now really enjoying listening. It is amazing the bits you forget. Really helping me with the painting and decorating !!

Faithful rendering of a Rendell classic

Perfectly narrated, this Inspector Wexford mystery baffles to the end.
A tangle of infatuation and disillusionment leads to a tragedy which justice cannot punish.
A fascinating study of bygone hopes for the future we now inhabit.

The Inspector Wexford series is the best R.R.

As usual, Ruth Rendell gave a captivating account of how people can torment each other