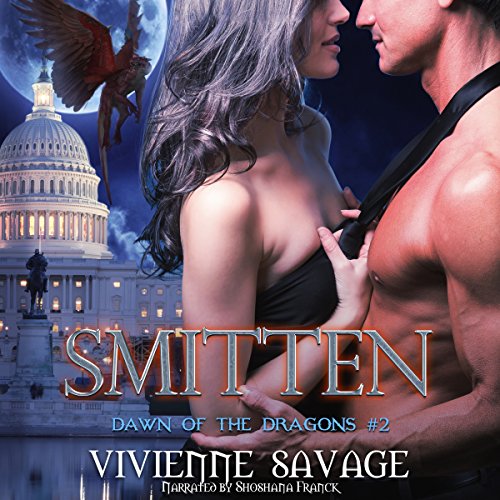 After a 100-year hibernation to mend her broken heart, widowed storm dragoness Ēostre awakens to a world ruled by technology. Human beings are none the wiser to the existence of the paranormal, but in the modern era of mobile phones and the Internet, keeping it secret is easier said than done.

Despite rekindling old friendships and bonding with the new additions to her son's family, nothing fills the hole left by her beloved. Her second chance arrives when she feels an inexplicable attraction to Maximilian, her deceased mate's best friend, a fire dragon with a temperament to match her own.

Maximilian plans to become the next leader of the United States, but his future with Ēostre is jeopardized when a ghost from his past becomes his new adversary. As the heat between them rises, so does the threat to Maximilian's life. Everyone isn't ready for mortals and supernaturals to coexist - someone would sooner see him dead.

What listeners say about Smitten

I don't know what it is but this story and the performance was just mediocre for me.

Getting to know all the peripheral characters better

Good romance story for Max. Sol's father comes back from the dead a soulless evil zombie Dragon intent on killing all humans and any Dragon that's against him.

I loved the story line. I hope there's more. Great book. would recommend it .