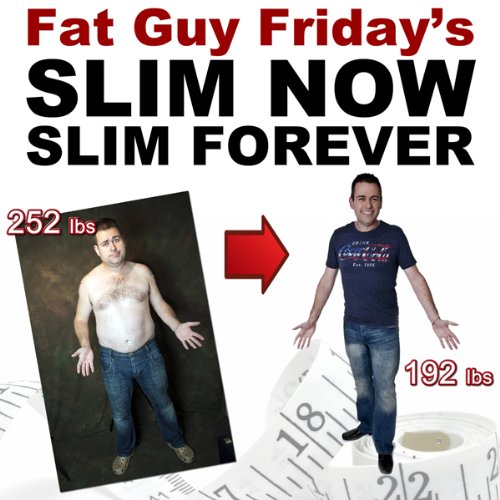 Craig Beck is one of the fittest and healthiest people you will ever meet. So why is he known around the world as ‘Fat Guy Friday’? In truth that’s exactly what he used to be... a big fat guy! Until one day he said “enough is enough”, and broke the cycle of yo-yo dieting that had plagued his life. On Friday, September 10, 2010, he stood on the scales at a depressing 252 Lbs. He was the heaviest he had ever been in his life, something as simple as walking up a flight of stairs would leave him gasping for air, he struggled to play games with his children, and was the most miserable he had ever been.

A former hypnotist, Craig knew that all problems in life are primarily the result of dysfunctional programmers running in the subconscious mind, which are creating the very things we are unhappy with. Whilst he was building a system to deal with his own ever-expanding waistline he discovered two common traits shared by virtually all-overweight people.

By removing these two secret problems he found that no matter who tried his system lost weight. Better than that, at no point did any of them report being hungry or irritable during the process. In Slim Now, Slim Forever, Craig pulls no punches and delivers a wakeup call designed to change your life for the better - forever! Discover why the traditional low fat diet is keeping you fat.

Actually, it's as illogical as trying to extinguish a fire by throwing gasoline on it. Sure it's wet just like water, but you will end up with the opposite of what you wanted! What you are about to discover will shock, sicken, and surprise you - everything you have been told about weight loss is a lie! Warning this book tells it like it is, if you are not ready to hear the truth about your own weight problem and obesity, do not buy this audiobook.

Really got me started and motivated to lose weight. I needed something to kick start my motivation and this book was it.

Craig explains things in a way that really make sense! He doesn’t fill his books with unnecessary fluff and gets to the point. This book has been life changing for me and my wife. Both losing weight and feeling fantastic! I also suffer from chronic pain and have noticed my inflammation and pain levels have reduced since quitting grains and sugar. Highly recommend this book and any of Craigs other books, particularly ‘Alcohol Lied To Me’ this is a MUST read! Thanks Craigs for helping me and my wife out of our rutt.

So disappointed in Craig

This is a three+ hour long infomercial. Basic sum up, wheat and carbohydrates are a poison that cause insulin spikes in your body that wreak havoc on your system. If you want to actually modify your subconscious beliefs and cut these out of your life then join Craig’s club and pay more money or buy his other book Subattraction Weightloss for the hypnosis downloads. I was a big fan of Craig Beck after reading his Alcohol Lied To Me and cutting alcohol out of my life but this book fell flat by regurgitating much of the exact same content and essentially failing to deliver on any meaningful content but rather baiting the reader to buy other products in order to find the solution. I’m just disappointed with this read entirely and will be requesting a refund.

One of my best

Where does Slim Now, Slim Forever rank among all the audiobooks you’ve listened to so far?

What was one of the most memorable moments of Slim Now, Slim Forever?

Which character – as performed by Craig Beck – was your favorite?

He kept my interest with every character he mention. I would have to say my favorite though would be him. So many things he talks about are so damn true that it was scary .
He made me laugh which felt like I knew him.

The whole audio moved me. I can't wait to listen to it again. He has something special that has finally gotten through to me. I have been searching for so long I almost gave up . Thank you Craig Beck

Neat to Hear His Point of View

Where does Slim Now, Slim Forever rank among all the audiobooks you’ve listened to so far?

This was a good pretty quick listen. With a few nuggets of new information. Although he is trying to sell his other books and website membership along the way.

I got the most out of the idea that I subconsciously "need/want" to be fat. I need to change the way I think to change the way I look. I also found his description of a day of his meals to be helpful in thinking that this can be done! This diet plan would work for me as I do think bad carbs and wheat do not do the body good.

Craig Beck seems more in the business of selling Craig Beck than necessarily this book topic.

Give up Wheat and grains forever. Good joke!

It's mainly about giving up Wheat and grains forever, Good joke! The Author however is very good at giving up alcohol books.

many thanks to the author for this one- I think its probably his best- second only possibly to his alcohol one....... he recommends leaving out all wheat........ not wanting to give any spoilers but its worth listening through this and allowing oneself to be reprogrammed IFYOU REALLY WANT TO LOSE WEIGHT AND GIVE YOURSELF A BREAK.........

I’m in health and fitness and even we sometimes lose our way. This book as helped get me back in the ‘head zone’ and I have learned so much reading it. I’m sure this will help me encourage, motivate and support many of my clients too. Thank you.

An inspiring read / listen. I have, without realising, been on the yo-yo cycle with my weight for years. I haven't ever been obese for any long period but I've nearly always been slightly overweight unless I've been actively on a diet.

Craig Beck explains clearly and so correctly why so many of us have been struggling with our weight. It does get technical which is very interesting but at the same time it's pretty simple too... If you're a long term fatty then please read this and change / save your life.

Paying for a Sales Pitch

The voice was very easy to listen to, and there were snippets of information that were worth looking into. But the author was constantly plugging his other books, and an expensive membership on his (multiple) websites throughout the book. This made it hard to find him genuine and truly give in to his ideas.

awful book written to part an American market from its dollars. never before have I endured such a load of rubbish.