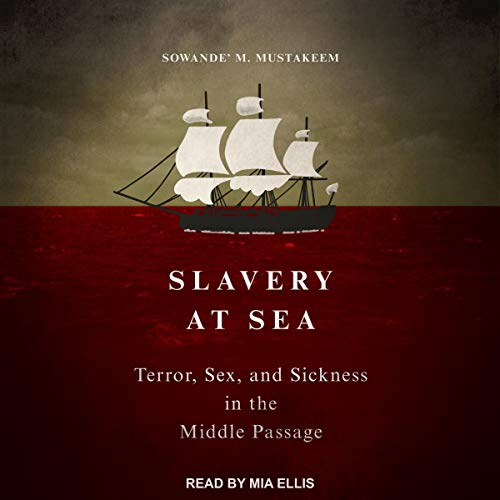 Most times left solely within the confine of plantation narratives, slavery was far from a land-based phenomenon. This book reveals for the first time how it took critical shape at sea. Expanding the gaze even more widely, the book centers on how the oceanic transport of human cargoes - known as the infamous Middle Passage - comprised a violently regulated process foundational to the institution of bondage.

Sowande' Mustakeem's groundbreaking study goes inside the Atlantic slave trade to explore the social conditions and human costs embedded in the world of maritime slavery. Mining ship logs, records, and personal documents, Mustakeem teases out the social histories produced between those on traveling ships: slaves, captains, sailors, and surgeons. As she shows, crewmen manufactured captives through enforced dependency, relentless cycles of physical, psychological terror, and pain that led to the making - and unmaking - of enslaved Africans held and transported onboard slave ships. Mustakeem relates how this process, and related power struggles, played out not just for adult men, but also for women, children, teens, infants, nursing mothers, the elderly, diseased, ailing, and dying.

What listeners say about Slavery at Sea

This book is full of fibs when it comes to the manner of slavery in the British Colonies. There was in actuality only about 70 years that it was under American control, and would have disappeared on its own under the Declaration of Independence. When you talk about slavery as an institution, and compare it to the rest of the world, it was nothing near as you led to believe. You will not read any of the above in this book by the way, and what a poorly researched book.