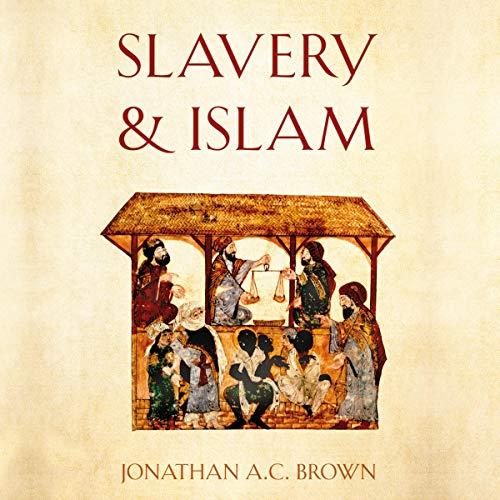 What happens when authorities you venerate condone something you know is wrong? Are you right or are they, and what does this mean about what you’ve been venerating? No issue brings this question into starker contrast than slavery. Every major religion and philosophy condoned or approved of it, but in modern times there is nothing seen as more evil. Americans confront this crisis of authority when they erect statues of Founding Fathers who slept with their slaves. And Muslims faced it when ISIS revived sex-slavery, justifying it with verses from the Quran and the practice of Muhammad.

This book explores the moral and ultimately theological problem of slavery, tracing how the Christian, Jewish and Islamic traditions have tried to reconcile modern moral certainties with the infallibility of God’s message, in particular on the issue of sex-slavery. It investigates the challenge of defining what slavery is in the first place, showing that this remains more than ever a highly politicized question. This book lays out how Islam viewed slavery in theory, and also how slavery was practiced across the reality of Islamic civilization. Finally, it explains how Muslims have argued for the abolition of slavery in Islam, asking whether their arguments are sincere and convincing.

What listeners say about Slavery and Islam

This is a great book for Muslim and non Muslim. I really enjoyed all the themes and information provided by the author. A great scholarly work which provides references from many Islamic sources. I learned a alot from this book and it really opened my mind to how humans have changed their way of thinking over time. This book hit the nail right on the head. Great job Jonathan C Brown and the narrator did well too.

A Bold and Broad Study of a Difficult Topic

I've admired Jonathan A.C. Brown for years due to his erudition and fair-mindedness. If nothing else, he knows how to wrestle with a moral conundrum—up, down, and sideways. This book is about much more than the issue of slavery in Islam, since it considers the entire history of human beings enslaving (with all of its various definitions) their fellow humans (and non-humans!) from ancient times to the present day. The author delves deeply into how Jews, Christians, and Muslims have wrestled with the fact that their scriptures—and thus their God, prophets, and apostles—condone, tacitly or otherwise, what is widely considered in modern times to be the most evil of practices. This book actually makes me wish that there was such a thing as double-blind book reviews where the reviewers had to read several of the top books on the broad history of slavery and then rank/review them. Indeed, it would be interesting to see how this fine work would fare if readers—both right and left, believers and atheists—didn't know that it was written by a white American convert to Islam who is a professor of Islamic Civilization at Georgetown University. I'm confident that the "How dare he write about such a topic!" reviews will start showing up in due time. However, in the mean time, if you're interested in reflecting on an unsettling topic that could very well take you out of your comfort zone, then this book will very likely take you there—since it considers the moral problem of slavery from about every possible angle and demonstrates why it's not easily dismissed by those who want to be faithful advocates of scripture while maintaining at least a modicum of intellectual integrity. On a side note, regarding the audiobook version, I was very disappointed that the reader/narrator—who was otherwise good—did not know how to correctly pronounce the Arabic-based names and words in the text—which were legion in a book like this. Unfortunately, this is the norm for audiobooks about Islam and the Middle East these days, but I was hoping for something better from an author like Jonathan A.C. Brown—although I certainly understand that it's not is fault but the publisher's. In the end, I find it rather shameful that this late in the game that those of us with some knowledge of Arabic have to put up with bumbling pronunciations of Arabic words that are nothing short of horrid. We can do better than this...

It was very helpful to open my mind to see “slavery” an umbrella term rather than a binary notation and see its historical and political variants , I still see slavery is immoral in all conditions and freedom is natural and every human’s right, there could be restrictions on “deserves” people for the overall security or well beings (form maslaha) of the society in general (like putting criminals in prisons)

An interesting take on a difficult subject

Let me premise my following criticisms with this statement. I applaud anyone who is willing to take on such a difficult and sensitive topic. I think more intellectual discussions on such tense subjects are needed. I found the issue of slavery on the viewpoint of a Muslim also interesting and recommend it for anyone curious about thr subject. However, I do have two major issues with the narrative. Firstly, the author approaches Islam's relationship with slavery based on the sayings and actions of Islam's great and minor prophets and intellectuals. This would be the equivalent of saying that since Christ never condoned or took slaves of his own, then Christians have been opposed to slavery, an absurd notion. For instance, the author fails to find an actual reason why slaves in Islam rarely had offspring of their own, when the Western slaves typically did and slave deprived communities span across the colonial lands when the middle and near east are mostly devoid of them. He ignores such realities such as mass castration among males and forced infanticide among female slaves due to the fact that castration was nominally illegal and forced relations despised by Islamic teaching. This is done to present Islamic slavery as being more tame than its Western counterpart. Secondly, and the most important issue, is that the author, by his own admission, is incapable of criticizing Mohammed or other prophets due to his faith. No matter how heinous the action of taking slaves or , at best, coerced concubinage is, these action are automatically just and right in the eyes of the author. This severely restricts the objective approach of any discussion about Islam and slavery and represents another barrier in the intellectual discussion of such topics.

The author missed the point

The author did a great job bringing all available opinion but misrepresented Quran’s position. He read Quran in light of Hadith and tradition. The author’s previous book (misquoting Mohamed) showed how screwed up Hadith transmission and hence mainly no authentic. The fact that Quran talked in the past tense about owning slaves was flosser over despite being very valid. Also there’s no verse in Quran that says it’s ok to enslave anybody. It was regulating the existing slaves. The verse that was mentioned that the prophet can kill the prisoners of war “ hatta yothkhen” until he significantly reduces the power of his enemies was wrongfully explained. The word “ hatta” here has more than 17 meanings. One if the most famous meaning is “ in order to” as opposed to” until”. Hence the verse meant the prophet May not kill prisoners of war in order to create more agony and painful wounds upon his enemies. The next few verses talk about the method of releasing those prisoners ( not their killing them). I would be interested in corresponding directly with the author kamsorour@yahoo.com or 4016925292

slavery a moral dilemma in Islam

Brown once again delivers a great review of slavery and sharia law. Many scholars habe comdemed slavery in the modern times. ISIL has tried to revive the ancient practice only to be comdemed by both modern Sunni and Shia scholars. Great discorse on this touchy subject.

The questions he set out to answer is already answered in the introduction. Plus, the intention of those questions seem disingenuous.

Excellent read on a controversial subject

Slavery and Islam is an excellent, excellent book. It interrogates definitions, morality and our view of history and historical judgement within the ambit of an extremely emotive subject placed inside a sacred structure.

A Must listen for the inquisitive mind

With racisim and slavery being always hot topic these days a person of faith might be finding these questions posed at them and stuck in reconciling the two of religion vs todays moral ethics. Dr brown with his scholarly approach does fantastic job in taking not just an academic approach but with real world examples to relate to, so one can understand. I would advise though listeners who are thinking to approach this book would need to have some grounding such as understanding of schools of jurisprudence and Hadith as pre requisite in order to grasp what is being conveyed. With that in mind I feel this book has achieved in keeping ones faith firmly grounded without sounding like an apologetic.