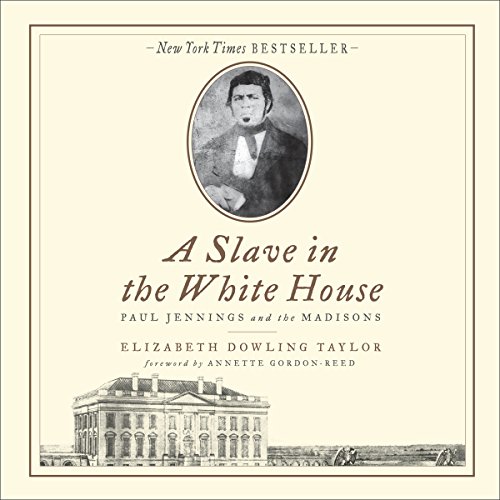 Slave in the White House

Paul Jennings was born into slavery on the plantation of James and Dolley Madison in Virginia, later becoming part of the Madison household staff at the White House. Once finally emancipated by Senator Daniel Webster later in life, he would give an aged and impoverished Dolley Madison, his former owner, money from his own pocket, write the first White House memoir, and see his sons fight with the Union Army in the Civil War.

Based on correspondence, legal documents, and journal entries rarely seen before, this amazing portrait reveals the mores and attitudes toward slavery in the 19th century, and sheds new light on famous characters such as James Madison, French General Lafayette, Dolley Madison, and many other long-forgotten slaves, abolitionists, and civil rights activists.

“A revealing study . . . Taylor paints a fascinating portrait of slavery, hypocrisy, and one man’s quiet struggle to overcome its injustices.” ( Publishers Weekly)
“An important story of human struggle, determination, and triumph.” ( Kirkus Reviews)
“Throws fascinating light on both the struggles of a black man in 19th-century America and life in the early years of the young American republic.” ( The Christian Science Monitor)

What listeners say about Slave in the White House

A fascinating look at the early history of the U.S. - rounds out the picture of the early American experience.