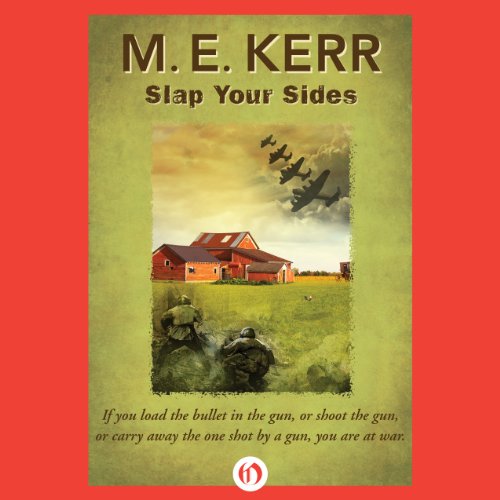 World War II is raging in Europe, but back home in Sweet Creek, Pennsylvania, Bud Shoemaker, a Quaker and a pacifist, has taken a one-man stand against the fight by declaring himself a conscientious objector.

Fourteen-year-old Jubal sees his brother's choice as noble and brave, although most of the town (including Jubal's dream girl, Daria) sees Bud as a coward - or worse. The line between right and wrong has become alarmingly blurred, and it won't be long before Jubal's family begins to buckle as it struggles to cope with the consequences of Bud's decision.

"Kerr's hard-hitting WWII novel [will] sweep readers up in its urgency...This morally challenging novel is as memorable as any of Kerr's work." (Publishers Weekly)
"Slap Your Sides will provoke thought and discussion about religion, war, and morality." (School Library Journal)
"Engrossing and thought-provoking." (Kirkus Reviews)

What listeners say about Slap Your Sides