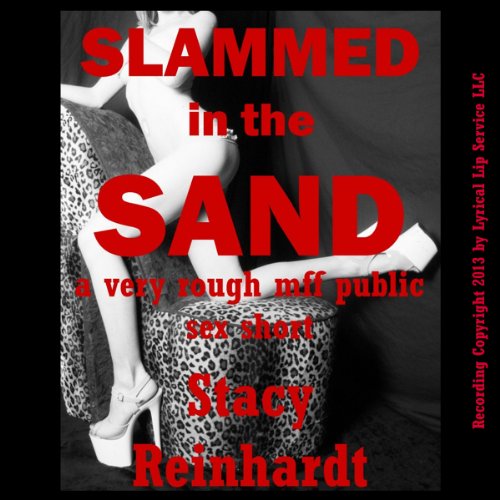 Slammed in the Sand

I got down on my hands and knees and began crawling slowly forward until finally I was just enough to the side that I was able to watch.

They were beautiful lips; full and plump and they began moving up and down. I couldn't believe I was watching that cock, and it was a big one, disappear inside her mouth. Her lips got down about halfway and then moved up. And when she reached the top she would run her tongue around in circles at the tip. It was astounding. I sat watching, feeling myself growing more and more excited. Suddenly, I heard a voice.

"Well look at that, Colleen. We've got an audience."

I flushed bright red and immediately tried to back away. The man was on his feet in seconds, rushing up to me and grabbing my shoulders.

The girl interrupted with, "Let's play with her, Louis."

I couldn't believe it. I started to struggle but suddenly the man's mouth was on me. He held my shoulders firmly, put his lips on mine and began pushing his tongue through them. It was amazing. I had gone on a walk expecting a typical day of solitude and suddenly a man was forcing himself on me, a man whose cock was gigantic, that I had watched in another woman's mouth. I started to pull away as best I could but he held me firm and then suddenly between my legs, I was filled with pleasure.

The girl, Colleen, had come behind me and put her hand underneath and was rubbing me through my bathing suit. The feel of her overwhelmed me, and I stopped struggling. My mind had lost all ability to think about anything but the sensations between my legs.

What listeners say about Slammed in the Sand