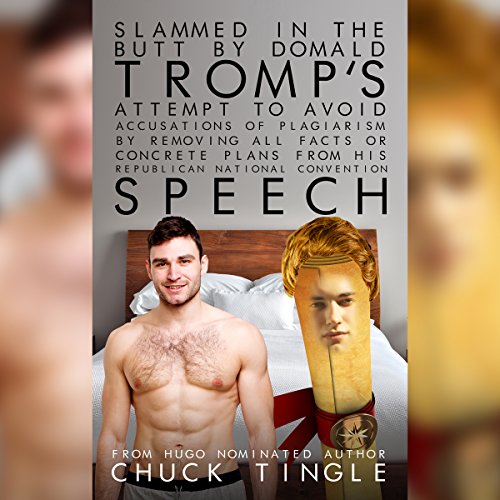 The Republican National Convention is off to a rocky start after Morlinda Tromp’s speech is found to be plagiarized word-for-word from the hit film, Jurassic Mark.

Now it’s up to hotshot speechwriter Perper Tunk to craft a perfect speech for Domald Tromp...with a slight catch. In order to avoid any accusations of plagiarism, Domald has requested that all facts, concrete plans, or rational logic be removed from the statement, leaving only a haze of vaguely patriotic fluff.

The speech is a success, but when a physically manifested version of the political rhetoric ends up at Perper’s hotel room, he’s faced with the consequences of what it means to create something that looks beautiful on the outside but is completely vacant within. All of this culminates in a hardcore gay encounter between a man and his intentionally vague, fear mongering speech.