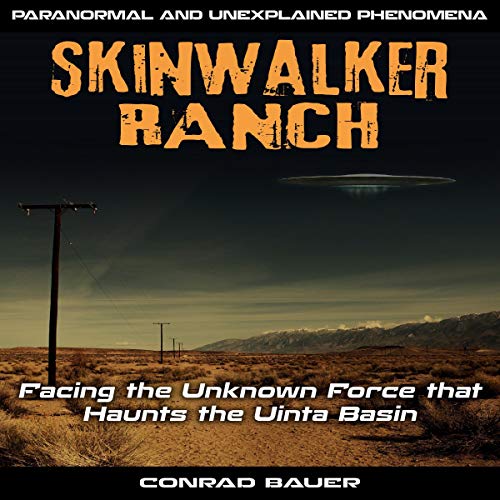 There are some places where so many seemingly unexplainable things happen that it is really hard to believe that there’s not some kind of explanation to make sense of it all. The Skinwalker Ranch is such a place. Unbelievable and still unexplained paranormal activities set the Skinwalker Ranch apart.

Perhaps no place on Earth has been the focal point for as many strange phenomena as the little corner of Utah known as the Skinwalker Ranch. This nebulous stretch of terrain in the Uinta Basin has hosted numerous sightings of blue orbs, UFOs, wolfmen, Bigfoot, and practically every other paranormal bogeyman you could think of. Despite these heady tales of the bizarre, the outside world knew very little about the strange happenings at Skinwalker Ranch until fairly recently. But for the Native Americans of the region, the history of high strangeness goes back at least 1,000 years.

Deep in their ancestral memory, frightening tales of the skinwalker roam across their consciousness. The dread is so great, in fact, that many residents of the nearby Ute Indian Reservation still refuse to set foot in the area known as Skinwalker Ranch. For them, the land is hopelessly cursed and to be avoided at all costs. But for the purpose of this book, we are going to cast these ancient words of wisdom to the wayside and delve right into the thick of things.

Come along with us as we march headlong right into the uncertain and unsettling world of the unknown - right into Skinwalker Ranch!

What listeners say about Skinwalker Ranch: Facing the Unknown Force That Haunts the Uinta Basin

Embarrassingly melodramatic narration. Book itself is only slightly so, but the narrator seems to be attempting to do a reading on Halloween, in a Gothic coffeehouse dedicated to Poe, with Chthulu napkins and $9 lattes. Or like a librarian reading a Scary Story to kindergartners during a field trip. Just tone it down a bit, pretend the audience is comprised of adults, please?

If you have been watching the Skinwalker series earlier this year “2020” this book fills pre/history in more detail so I found this book very interesting. I just wish it was a little longer. Maybe somebody will release the Bigelow files that are locked up somewhere detailing his findings. What’s in those private journals that Bigelow won’t disclose ?