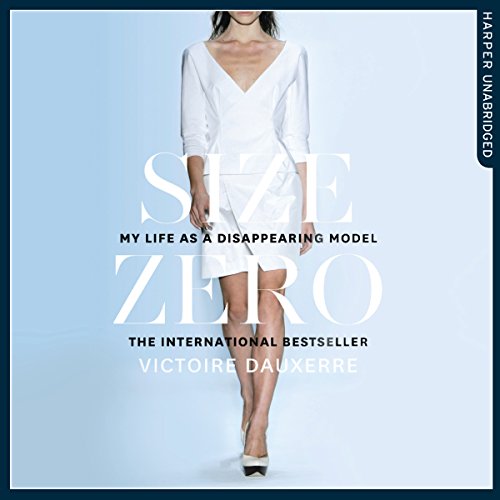 A memoir of a brief career as a top model - and a brutally honest account of what goes on behind the scenes in a fascinating closed industry.

Scouted in the street when she was 17, Victoire Dauxerre's story started like a teenager's dream: within months she was on the catwalks of New York's major fashion shows and part of the most select circle of in-demand supermodels in the world.

But when fashion executives and photographers began to pressure her about her weight, forcing her to become ever thinner, Victoire's fantasy came at a cost. Food was now her enemy, and soon, living on only three apples a day and Diet Coke galore, Victoire became anorexic.

An unflinching, painful exposé of the uglier face of fashion, her testimony is a shocking example of how our culture's mechanisms of anorexia and bulimia can push a young woman to the point of suicide.

It is the story of a survivor whose fight against poisonous illness and body image shows us how to take courage and embrace life.

What listeners say about Size Zero

It’s an interesting book but I think the author should’ve never tried to be a model to begin with. It was not her “dream” to start with so it was bound to fail.

I have a friend who is a runway model and another who is a principal ballet dancer, so I was aware of the intense body image pressures involved in these industries. But I've always been interested in fashion, so I thought this might be a good choice.

Did I ever make a mistake! Even at a dollar an hour, this book is overpriced twaddle.

Again and again she repeats compliments given to her about how beautiful she is. I would say this is 25% of the book. Yes, we know you are beautiful. That is why you have a modeling contract, my dear. It became LOL hilarious after a time.

She is unable to describe anything except in terms of three words. Those who worship her are "adorable," those who are competitive or who do not do what she wishes are "b------," and good experiences are "sublime." The tone is shallow and narcissistic throughout.

When I was young, a friend of mine died from bulimia. I found Dauxerre's superficial glossing over about "recovery" to be utterly senseless, reflecting her shallow mind. Compare this to the moving depth of a book such as that of "Unbearable Lightness," and it quickly becomes obvious how ridiculous this book is.

If you're looking for a book written in the style of a narcissistic teenager who expects the world to adore her or else she goes crying back to her mum, look no further. Sadly, the book reflects so much of what is wrong with inflated expectations of young people who expect instant stardom and special treatment without effort. This is the story of a model who could not handle the pressures in a healthy way, threw away her chances for a brilliant career, and finally blames an industry for it all. How precious and entitled, Mlle. Dauxerre.

I could not stop listening. Great narration and a riveting account of meteoric rise in the fashion industry. I am not a "fashionista" but I still loved it.

I lost count of how many times she used the word "sublime" but it was EXCESSIVE and annoying.

Other than that, I liked the book and it provided an interesting glimpse into a world not written about often and its dark side.

Where does Size Zero rank among all the audiobooks you’ve listened to so far?

I used to be a high fashion model and this rings true for a certain type of girl. I am naturally thin actually so I didn't have this experience but I saw many many girls suffer and die. I decided to quit even though I was successful because models are abused emotionally and otherwise. So I recommend you read this to get one perspective and there are others of coarse. I think it's great that this author is acting now as sounds like a super interesting person and I wish her well.

The Life of a Model

OK, I admit I enjoy reading about the problems of others, especially beautiful others. It reminds me there are disadvantages to everything, problems everywhere and not to judge a book by its cover. As lucky as she is, with her beauty and her rapid rise in the modeling profession, it's not worth it. Her original direction, as an ordinary student and scholar, is inherently more rewarding. I hope she's doing something fun now because that modeling life sounds truly awful.

I think I'm the most surprised to realize the life of a model is pretty boring, as well as dehumanizing, mind numbing and overall poorly paid. That said, Victoire told the story of all the waiting, inhumane treatment and lack of eating in a fairly interesting way. Based on the title and the profession, the inside stories of the need to be thin, the disordered eating and the sleazy managers were unsurprising. I thought her strongest storyline within the memoir was the rift her year as a model created within her family, and how her parents' complete lack of understanding about the details of her experience led them to give her disastrous parental advice over and over (Stick to it! Don't quit! You signed a contract, that's pretty serious, you should abide by it! Etc.). Once they understood what she was up against, it was very nearly too late for real intervention.

Emily Lucienne did a good job with the narration and made the author sound likeable and relatable. Overall decent book.

Maybe I feel this way because I just read Portia De Rossi's story...which was so honest and heartfelt. First time in years that I couldn't stick it out and finish a book.

My thanks to Victoire Dauxerre for having the courage to write such an amazing account of her life as a model.
This book opens our eyes to the REAL LIFE these beautiful people go through. Both the men and women models.
Emily Lucienne has a pleasant voice. Very easy to follow along with.
I highly recommend this book!

Incredible insight into the world of modeling

Victoire Dauxerre has done an amazing job pulling you into the world of modeling. I could not stop listening to her story. Emily Lucienne also did a fantastic job narrating this book. why do these designers feel they can treat these young women the way they do. It's horrendous! It's so close to slave labor it's frightening. It is mentally, emotionally, and physically abusive treatments. I don't understand how it is allowed to continue. I'm so happy for you, Victoire, that you were able to get out when you did. You are a strong, intelligence, and extremely beautiful woman both inside and out.

I wanted to like this book but found the story boring and lacking real depth.

Fabulous insight into the world of modelling

A wonderfully emotional story of Victoire who is thrust into the world of fashion modelling on the catwalks in New York, Milan and Paris.

The ups and downs, the magic and the appallingly bad ways models can be treated. All told by a wonderful writer and beautifully read.

Amazing to hear the truth behind the industry and what she went through. I can't look at models the same way again, I just see how hard it must be for them. I hope this books helps to change the world for these women and for all of us. A brave and interesting book.

I loved this book, with all its details and horrific truths. triggering at times, but candid and real