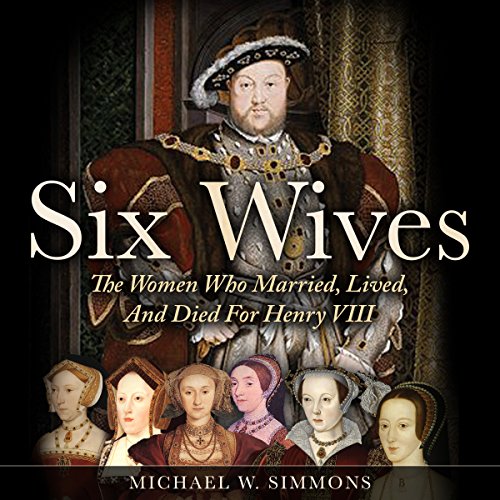 These are our lingering historical afterimages of the six women who married Henry VIII over the course of his 36-year reign. At the age of 18, Henry succeeded to the English throne and married the Spanish princess who had briefly been the wife of his brother Arthur. Katherine of Aragon was both a virgin and a widow when the prince died at the age of 15, enabling Henry to marry her himself. Their marriage lasted 16 contented years, until suddenly, Henry fell in love with Anne Boleyn and sundered England from Rome in order to keep her.

But Henry VIII would not be satisfied even after he took Anne Boleyn for his wife. His vanity, his ego, and his desperate need for a male heir led him to marry four more women during the last 10 years of his life. In this book, you will learn about the lives, loves, and secret passions of these women. Four of them died for Henry's pleasure - but two escaped to tell their stories.

What listeners say about Six Wives