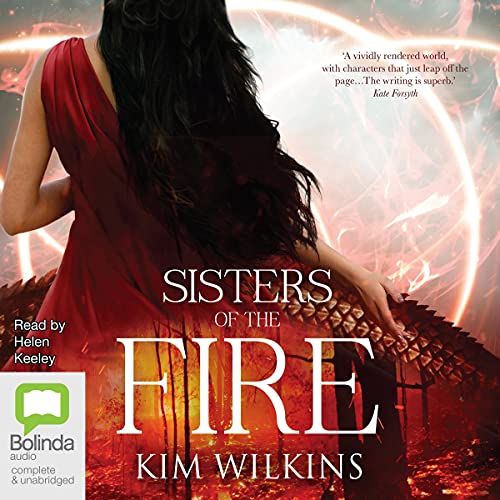 Sisters of the Fire

Her four sisters all have their own paths to tread: the gifted magician Ash is on a journey to find a dragon that could determine her destiny. The beautiful, unhappy Rose has left her under magician aunt and is speeding to the aid of her daughter, Rowan, who has been lost to her. Ivy, sold into marriage for the sake of an alliance, is now set to become the ruling duchess of Seacaster with the imminent death of her much older and sick husband, and the power-hungry Willow is raising her infant child as a potential trimartyr king and training to be a warrior for the fanatical religious order Maava.

From wild rocky coastline to granite-topped tors, from bustling harbours to echoing ghost towns, from halls of kings to ancient primal woodlands, this story follows five sisters upon whose actions kingdoms will rise and fall.

What listeners say about Sisters of the Fire