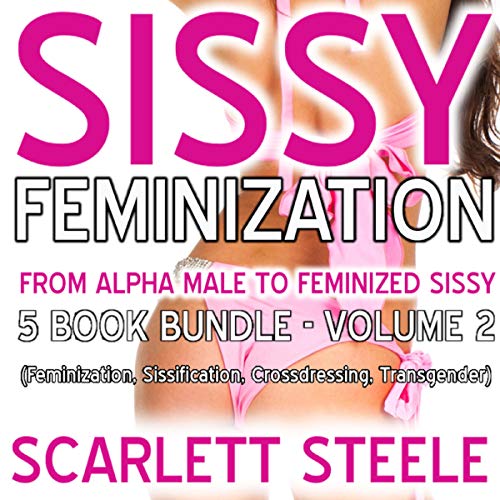 Included in this bundle are:

This bundle contains adult themes including feminization, sissification, sissy maid, chastity, facesitting, ballbusting, and back door domination and should be listened to by adults only!

This is the same story over and over again with a few cosmetic changes - guy finds himself in a position where there are women's clothes, guy tries clothes on and gets turned on, guy masturbates, guy gets caught by girl, girl forces guy to cross dress, guy likes crossdressing. Minor details are changed from one story to the next, but the plot is the same in all. And, thhey are read quite unimaginatively!