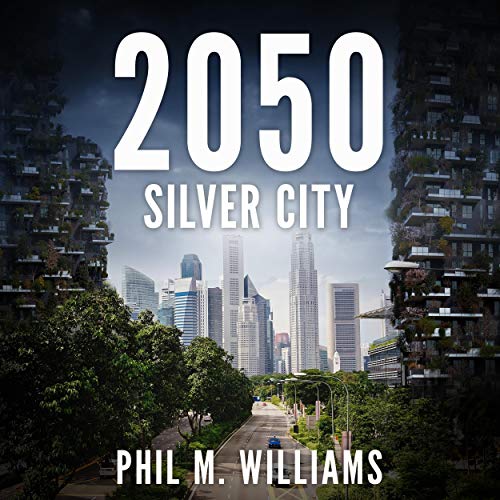 Governments around the world continue to dominate their citizens. Only Silver City stands as a beacon for freedom. But for how long?

Jacob Roth fills his late brother’s shoes as the CEO of Roth Holdings, North America. His first goal is to eliminate Silver City, the only place on Earth free of taxes and central banker cryptocurrencies. But the Silver City militia won’t go down without a fight. As the pressure mounts, Jacob’s marriage is fraying at the seams. With newfound wealth and power and a separation from his wife, Jacob has an unusual affair.

Derek rebuilds his life in Silver City, the only safe place for enemies of the state. He works at Freetown Orchard and joins the local militia. He finds love with another man’s wife. Not just any man but the wealthiest man in the world, the CEO of Thorium Unlimited, Truman Bradshaw. Derek’s unaware of the potential danger until it’s too late.

Summer returns to Silver City with her father and infant son. While working at the hospital, she meets and befriends Truman’s wife Kyra. Summer soon learns of their dangerous marital discord. In an effort to avoid the impending war in Silver City and the long arm of Truman and his men, Summer and Kyra hide out in Costa Rica. But are they really safe?

Naomi continues her quest for the democratic nomination, battling the front runner Corrinne Powers. To win, Naomi will have to sell her soul to the men responsible for killing her husband. Can she accomplish the impossible? A presidency beholden only to the American people. Or, will she become another bought-and-paid-for president?

What listeners say about Silver City