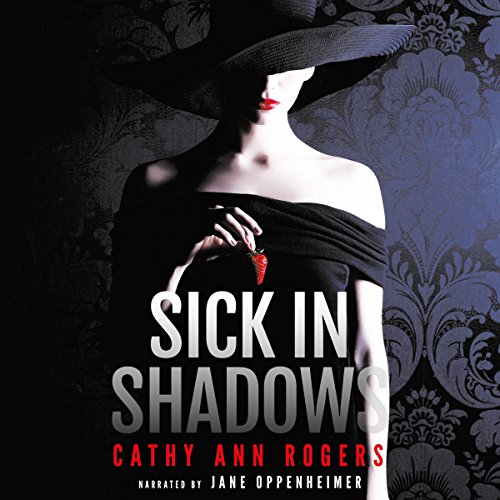 Tate Marsdon, MD, a successful Scottsdale plastic surgeon, shows up for dinner at the home of close friends Henry and Imogen Vine to find his host stabbed to death and his hostess in a state of psychosis. Arrested and jailed, Imogen undergoes treatment for traumatic memory loss, but her attorney, Erin Fitzgerald, Tate’s current romantic interest, starts to question her client’s guilt. Erin and Imogen’s closest friends work to uncover the truth behind the cold-blooded killing. But hiding deep within the shadows is someone determined to stop them—even if it means another death—this one closer to home than anyone imagines. When Tate finds himself targeted as a prime suspect, he, too, is drawn into the investigation. Between his spirited girlfriend, Erin, and his eccentric female patients, he discovers the brutal death of his friend is only one in a series of murders. And the killer is not done yet.

What listeners say about Sick in Shadows

A great mystery with a sense of humor.

This is a well crafted and interesting Mystery that has a unique group of characters.

The Narrator helps to deliver a entertaining package that most listeners of this genre will enjoy.

An intriguing listen with a bit of everything - suspense, humour and horror.

The characters were a unique bunch and I found myself immersed in the story.

The narrator was good, she brought the characters to life and seemed to add to the mysterious tone of the book.

I was given this book in exchange for an honest review.

I thought this book was so different in the way it was written. I enjoyed trying to figure out the mystery. At first it seemed like there was so many loss ends and you wondered how you were ever going to tie them all together. But the end will be a surprise. I think Jane Oppenheimer does a wonderful job of narrating this audio book. I was gifted this audio book with the understanding that I would leave an honest review.

the book was very interesting and very well return I loved the story as a story very much the mystery itself was very interesting as well and you had some humorous Parts in the book so it was very well manageable nothing was too much the book was very intelligently written I enjoyed the book very much and I enjoyed that specific thinking that the author clearly had when she wrote this book
a lovely book
I was given this free review copy audiobook at my request and have voluntarily left this review.

I loved this book so much. It was a tightly woven story with great character development. The plot was believable and it captivated me from the start. Even when you guess who is likely behind it all (which I did fairly early on), the story will draw you through to the end. I could not stop listening!

I was given this free review copy audiobook at my request and have voluntarily left this review."

The story is a bit slow and the women all come across as extremely vapid. So much stereotypical content when it comes to doctors and their patients etc.

Definitely for adults, mild language, the narration is ok—differences between characters are minimal.

Overall a decent read, I won’t be chomping at the bit to read this again anytime soon.

—I was given this free review copy audiobook at my request and have voluntarily left this review.

What a tangled web Ms. Rogers weaves in the spot. This is one of the most interesting murder thrillers I think I have ever read. There’s a lot of balls in the air in this book and Miss Rogers juggles them with such talent and great storytelling. She doesn’t miss a beat and you’ll never guess who did it. I know I couldn’t and what makes the journey so great is that every step you go to is better than the last. Not to mention the narrator oh Em Gee, she is freaking awesome! I loved this book so much and I highly highly recommend it!

This was an interesting and engaging mystery. I loved it! I listened to it in one sitting. The writing was phenomenal and the characters were well built.

This is a well paced mystery with believable characters that are convincingly portrayed through Jane Oppenheimer's expert narration. The story grabs your attention from the beginning and holds it right through the exciting conclusion. The psychological and paranormal aspect of this story might give one a little pause, but it's easy enough to accept and go on. I recommend this audiobook to fans of mystery novels.

Note: I was given this free review copy audiobook at my request and have voluntarily left this review.

Great story and the narrator did a great job reading it.
Strong characters you find yourself rooting for along with just as strong characters you are booing. The story unfolds and keeps your attention. Sometimes I get lost when listening or reading, but this was smooth.
This audiobook was provided by the author, narrator, or publisher at no cost in exchange for an unbiased review courtesy of AudiobookBoom dot com.

Suspense mixed with an interesting mystery and a dash of horror. Well developed and interesting characters draw you into this well written book. It's very easy listening in terms of it be a relaxed buy competent pace. The narration fit in with this style well.

I thought the story was very well put together and I enjoyed listening from start to finish!