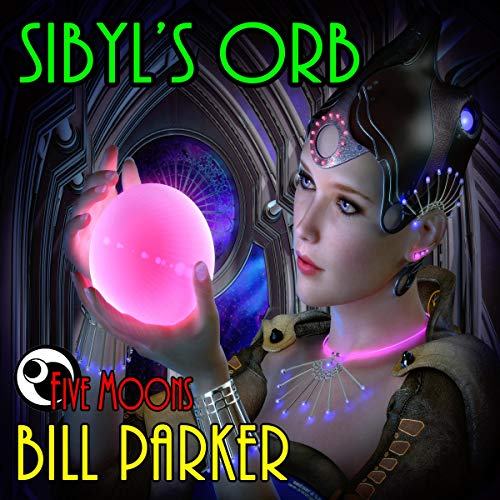 Dragon Eyes began this bold science fiction adventure, but Sibyl's Orb drags you inexorably into the beating heart of this mystical walk on the wild side of science fiction....

Chon Ko Gonin, Captain of the Green Jinn, ventured into unexplored territory in search of a wanted interplanetary criminal with the best of intentions. But the road to hell is paved with good intentions.

Right from the start, the Green Jinn found itself dragged into battle to save an ancient people from Merc invaders. Ancient forces of good, and evil fought for control of Sibyl's Orb and dragged Chon ko Gonin into the middle of it.

Sibyl's Orb was the key, but finding it and saving it would test his strength and cunning to their limits. However, beyond the orb was an ancient evil. Its minions had killed Destiny a thousand years ago, but that was not the last word. Destiny was back.

But this unexplored territory was about to give up yet another secret from the past, an old foe of unequaled skill and cunning.

What listeners say about Sibyl's Orb