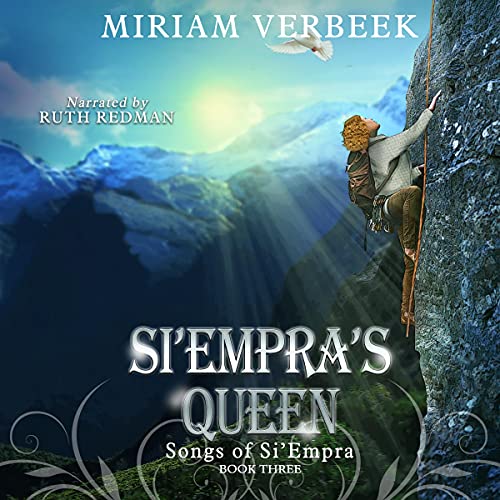 Ellen’s the charismatic Ürügh of Si’Empra. She juggles secrets and her own insecurities.

It’s been 15 years since she became Si’Empra’s leader. She’s still a young woman, but her health is failing. She must train a successor - maybe two. Richard is an obvious candidate but she cannot - yet - tell him the one secret that will make or break him. She’s focused on her duty and on making good her promises. She’s oblivious to Norm Tucker’s designs for revenge till too late.

In book three of the Songs of Si’Empra series, an era comes to an end to make way for a new one that’s full of excitement and energy. Not everyone is destined to step into that sunny future.

Listen to this last installment of the intriguing and compelling Songs of Si’Empra series. It is a story that will stay with you, helping you smile and ponder through your days.

What listeners say about Si'Empra's Queen