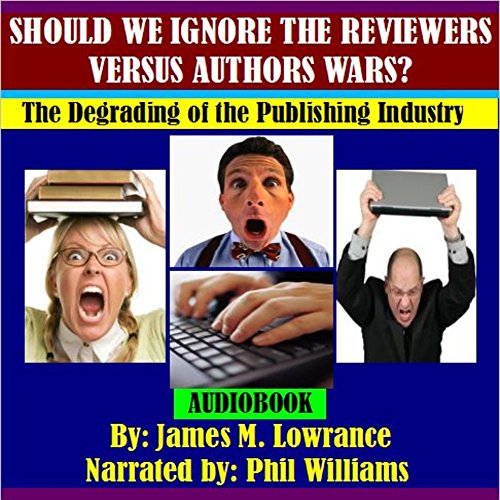 Should We Ignore the Reviewers Versus Authors Wars?

There have been blogs created addressing both sides of the "authors-reviewers wars" issue, being that of authors feeling that some reviews are going overboard by including attack type language within them. Some authors on the other hand, are not willing to receive critical reviews of any kind, even those that are written in a straightforward, honest fashion but that include some strongly-dissatisfied language within them (something I have been falsely accused of complaining about). Anyone - and I do mean "anyone", who does not see that there literally are two extremes that exist within the author and reviewer arena, either are in purposeful denial or they simply aren't paying attention. There are in fact authors who can't take even honestly-offered criticism and who actually attack reviewers for giving them an unfavorable review.

What listeners say about Should We Ignore the Reviewers Versus Authors Wars?