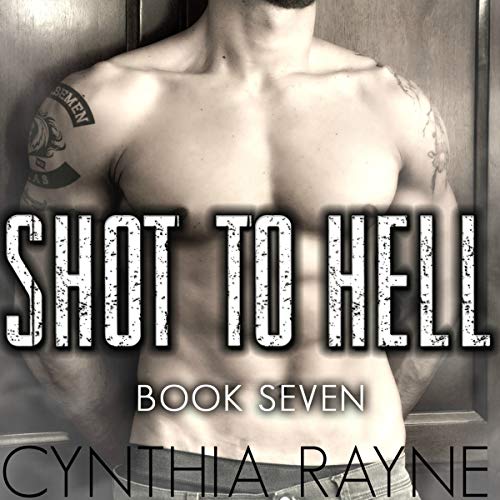 From friends to nearly lovers, to bitter enemies.

Steele spent his high school years under the Friday night lights in Poteet, Texas. He went from hometown hero to jarhead in a matter of weeks, taking his best buddy, Abe, with him. After Abe died in combat, Steele quit the corps and became a member of the Four Horsemen MC, an alpha male outlaw biker club. Now his brother and best friend, Coyote, has been taken by a rival MC, and Steele fears the worst.

To save his brother, he calls in Ashton Calhoun. She works as a security contractor and specializes in kicking asses and crossing off names.

As a teenager, Ash fell hard for Steele. But that went south when his carelessness led to Abe's death. They're now bitter enemies, and there's plenty of unfinished business between them. Can Ash and Steele find Coyote before it's too late? Will these enemies become lovers?

What listeners say about Shot to Hell

I'm hooked on this series. Can't wait for more. Great job to the dynamic duo Kai and Wen!!!

Hit me in the gut with emotional turmoil!

Wow, this book stirred more emotions, than the previous book. As in the previous book, the H/h didn’t sort their issues until the end of the story. However, since in this book, the H/h had a connection that started in their adolescence. They also shared a common tragedy. This book reveals the deep seated regret and guilt that haunts Steel. Steel and one other brother both suffer from PTSD and they both struggle with their current mission due to the carnage. There is a lot of behaviors that make more sense, after listening to this chapter of the Four Horseman’s Saga. -V from Kansas

I read this book but hearing Wen and Kai narrate it is soooo much better!! their voices coupled with the amazing work of Cynthia Rayne it absolutely mind blowing!!