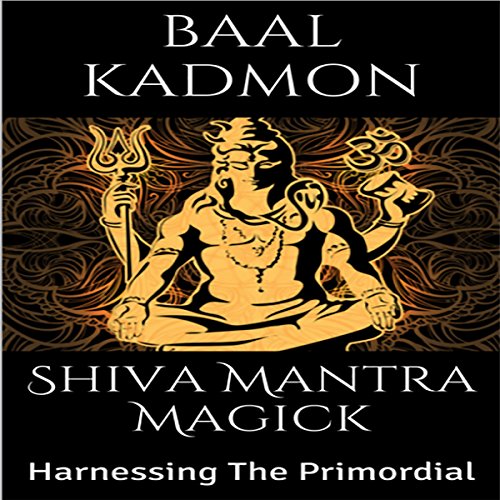 Shiva is one of the most mysterious gods of the Hindu pantheon. His energy can be found in all things, yet his tranquil and fierce energy can seem out of reach for some. His images often depict him in a meditative state or in his most common form, the Nataraja, or the one who dances within the circular fires that represent creation and dissolution.

He is by far one of the most ancient of the Hindu gods, there are hints of him in the Vedas, and this form is often called "proto-Shiva". In his current incarnation he is part of the Hindu Trinity that is comprised of the gods Brahma and Vishnu.

Shiva's name means "the auspicious one". Shiva is the god of creation, destruction, and regeneration. It is for this reason his mantras are so powerful; they are multipurpose and can serve the magician in any way he or she sees fit.

Although most deities that I work with are female, Shiva is the only exception. He has been my patron for decades. I even have a tattoo of his image on my back. He is very close to me.

Often Shiva is associated with unbridled sexuality, eccentricity, and nirvanic states. He has all these within himself. He is no doubt a figure that would be interpreted in the west as the embodiment of all that is evil, sinful, and dark. This reputation is not helped by the fact many of his followers are known to perform actions that are often shocking and even downright lewd. They do this not because they are degenerates, but because they are trying to prove a point. In many ways, Shiva is the god of the outcasts.

His mantras are often recited when people need help. All problems you may have, be they physical, mental or spiritual he can help you.

Baal Kadmon has a very peculiar way of approaching mantras and describing how magical they can be because they truly are. I have made incredible realizations from working with the Hindu pantheon! Shiva has a lot of knowledge and wisdom to bestow upon the west! He has brought me many blessings and needed change into my life!