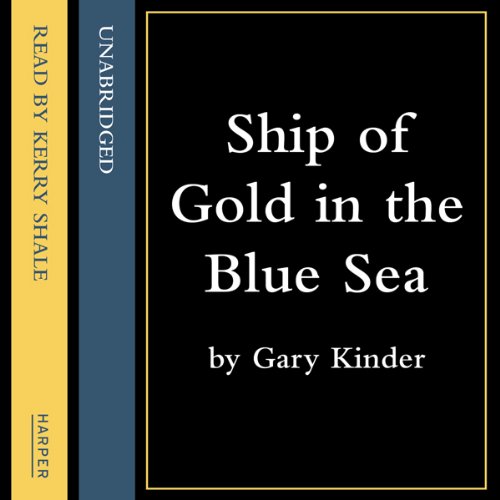 Ship of Gold in the Deep Blue Sea

Ship of Gold in the Deep Blue Sea

This enthralling true story of maritime tragedy and visionary science begins with a disaster to rival the sinking of the Titanic. In September 1857, the S.S. Central America, a side-wheel steamer carrying passengers returning from the gold fields of California, went down during a hurricane off the Carolina coast. More than 400 men--and 21 tons of gold--were lost. In the 1980s, a maverick engineer named Tommy Thompson set out to find the wreck and salvage its treasure from the ocean floor. With knuckle-biting suspense, Gary Kinder reconstructs the terror of the Central America's last days, when passengers bailed freezing water from the hold, then chopped the ship's timbers to use as impromptu life rafts. He goes on to chronicle Thompson's epic quest for the lost vessel, an endeavour that drew on the latest strides in oceanography, information theory, and underwater robotics, and that pitted Thompson against hair-raising weather, bloodthirsty sharks, and unscrupulous rivals.