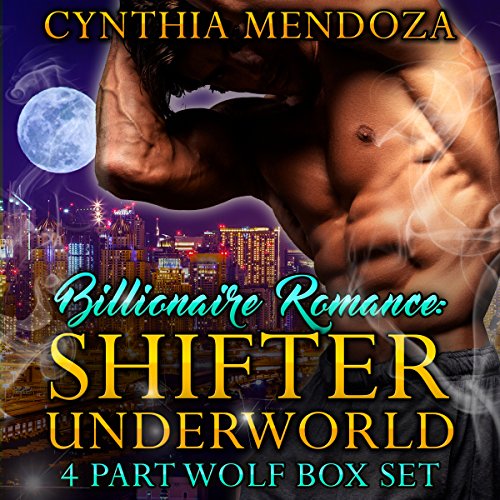 Are you ready to take on the paranormal shifter underworld?

For the first time, grab the entire four-part Wolf Shifter series in one huge box set!

As a high-class call girl in New York, Kara's had her share of generous, and sometimes odd, clients. But she's never had one like this before. From buying out an entire night to showering her with gifts, he's set up a night far beyond anything she's experienced before. But who is this mysterious man, whose name she doesn't even know? And what does he want from her?

Part One: Secrets in the Bedroom

Part Three: Climax for the Client

There's nothing more alpha than a wolf shifter in a position of power. Are you ready to try something a little more "alpha" than you're used to?

I’m shocked that Audible would offer this quality to its listeners. The story wasn’t bad, it’s a shifter “Pretty Woman” story, but erotic. I would probably do another book by this author but not the Sounds Good Studios. The narrator wasn’t terrible, probably very new. About 1/3 into the book there’s static that stays for one part & then comes & goes through the remaining parts. There is a little breathing & swallowing sounds, & some long pauses. Terrible editing or none at all. Sounds like it was done in someone’s garage. Swore I heard a baby faintly crying in the background at one point.

Sounds Good Recording DOES NOT sound good! White noise in the background and at some points either sirens or a cat!?!?

The sound quality sounds like a phone voice recording smh . This needs to be redone it’s distracting from the story

I enjoyed listening to this book and enjoyed the narrator. I enjoyed the storyline and will read more by this author.